With some of the most beautiful and inspiring scenery on earth and some of the reserves scenic spots considered holy by the local Tibetan and Qiang people, it is no wonder a number of mysterious legends surround the wonderful landscape of Jiuzhai Valley. Jiuzhai Valley is part of the Min Mountains on the edge of the Tibetan Plateau and stretches over 72,000 hectares. It is known for its many multi-level waterfalls, colorful lakes, and snow-capped peaks. With large number of lake groups, waterfalls and rich variety of endangered plants and fauna, it was awarded the status of UNESCO Man and Biosphere Reserve in 1997 and was also recognized as a UNESCO World Heritage Site in 1992. The reserve has received a string of other titles including that of a National Geological Park, a 4A Class Scenic Spot in China and a Green Globe 21.

Jiuzhai Valley is composed of three valleys arranged in a Y shape. Its superb landscapes are particularly interesting for their series of narrow conic karst land forms and spectacular waterfalls. Some 140 bird species also inhabit the valley, as well as a number of endangered plant and animal species, including the giant panda and the Sichuan takin. The Rize and Zechawa valleys flow from the south and meet at the centre of the site where they form the Shuzheng valley, flowing north to the mouth of the valley.

In Rize Valley, top two spots people love to appreciate are the Primeval Forest and the Swan Lake. The Primeval Forest is a preserved ancient woodland. It is fronted by spectacular views of the surrounding mountains and cliffs, including the 500 m high blade-shaped Sword Rock. Swan Lake in Rize Valley is a 2250m long, 125m wide picturesque lake named for its visiting swans and ducks. Nuorilang Falls in Shuzheng Valley is also notable. They are 20m high and 320m wide. They are reportedly the widest highland waterfall in China, the widest travertine-topped waterfall in the world, and one of the symbols of Jiuzhai Valley. The mountainous watersheds of these gullies are lined with 55 km (34 mi) of roads for shuttle buses, as well as wooden boardwalks and small pavilions. The boardwalks are typically located on the opposite side of the lakes from the road, shielding them from disturbance by passing buses.

The best-known feature there is its dozens of blue, green and turquoise-colored lakes. Wondering how special the lakes are? The local Tibetan people call them "Haizi" in Chinese, meaning "son of the sea". Originating in glacial activity, they were dammed by rockfalls and other natural phenomena, then solidified by processes of carbonate deposition.Some lakes have a high concentration of calcium carbonate, and their water is very clear so that the bottom is often visible even at high depths. The lakes vary in color and aspect according to their depths, residues, and surroundings.

Many people are drawn to the area for its beautiful legends, and maybe you’ll be moved by the beautiful legends too. Whatever your reason is, visiting Jiuzhai Valley will be an unforgettable experience in your life.

Enjoy a budget yet fun filled trip to Chengdu with our join-in group tou. Visit the amazin... 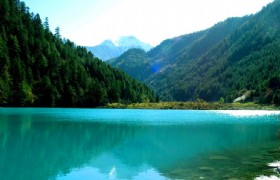 Chengdu is not only the hometown of pandas, but there are many other things and places tha... 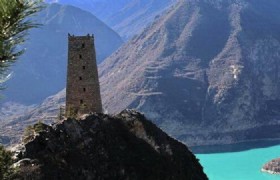 On this tour, you have the opportunity to learn about the old Ba-shu culture, enjoy the ma...