Zhangzhou is a prefecture-level city in southern Fujian province, People's Republic of China. Located on the banks of the Jiulong River (Beixi), Zhangzhou borders the cities of Xiamen and Quanzhou to the northeast, Longyan to the northwest and the province of Guangdong (Shantou City) to the southwest. 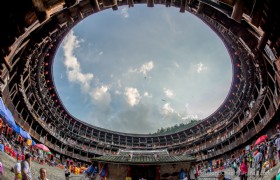 Tianluokeng tulou cluster is one of the better known groups of Fujian ... 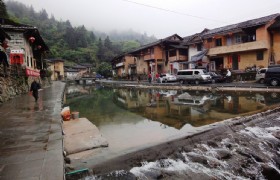 Taxia Village is an exquisite Hakka village, located in a valley in th...

Find maps of Zhangzhou, including Zhangzhou's regional location to other parts of China as well as . Our Zhangzhou travel guide ( includes weather, living, food, weather, transportation, etc.) has heaps of useful information and tips! > See More

Visito to Zhangzhou are provided with abundant and diveed choices, from fresh local grown fruits, flowe, to dried preserved seafood. Three Treasures of Zhangzhou, namely Chinese Orchid, traditional medicine brand Pianhuangzai, and inpad with eight treatures, have enjoyed popularity among visito. Chinese Orchid Zhangzhou is one of the most famous base of Chinese orchid and a...> See More

Seafood and braised food are the two main highlights in Zhangzhou cuisine. Based on its rich marine resource, seafood is the material of everyday dishes among local households. Zhangzhou Noodles with Gravy With a history over 1,600 yea, the dish use local bestows from nature. The gravy is braised with shredded meat, bamboo shoot slices, shiitake mushroom, squid, and dried s...> See More

To explore Zhangzhou at night, either for a night in ease over soothing tea drinking or hot spring relief, or a passion-filled night in pubs, ba and sports club, visito can find their places for night life in Zhangzhou. Hot Springs As an antidote from exhausting travelling days, one can enjoy soothing hot spring in Zhangzhou. The most popular sites for hot spring include J...> See More