Zhangjiajie is a prefecture-level city in the northwestern part of Hunan province in China. It comprises the district of Yongding and counties of Cili and Sangzhi. Within it is located Wulingyuan Scenic Area which was designated a UNESCO World Heritage Site in 1992 as well as an AAAAA scenic area by the China National Tourism Administration. 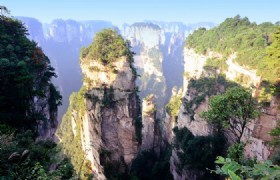 Yuanjiajie is famous as a tourist destination in Zhangjiajie Forest Pa... 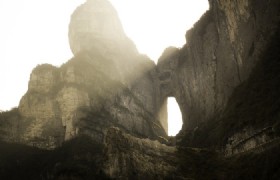 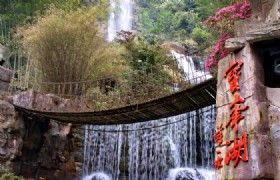 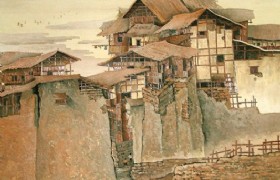 Juheng Sandstone Painting is reputed to be a form of "green painting" ... 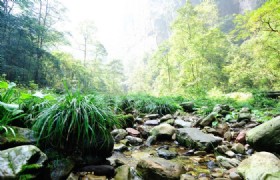 The Golden Whip Stream is one of the most attractive travel spot in Zh... 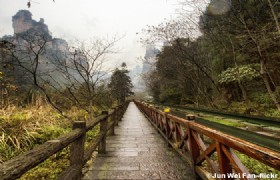 Located in the Donggou Gorge, Ten-mile Gallery is a 5 kilomete scenic ...

Find maps of Zhangjiajie, including Zhangjiajie's regional location to other parts of China as well as . Our Zhangjiajie travel guide ( includes weather, living, food, weather, transportation, etc.) has heaps of useful information and tips! > See More

Commerce in Zhangjiajia is not as busy as the business in metropolises. But, in this wonderful natural resort, there are many local products which are worthy shopping. Then there are special markets, malls or streets for local products. Most tourists have the habit of shopping when traveling to other places. And shopping is one of the most important elements made up of a per...> See More

Generally speaking, food in Zhangjiajie is characterized by Xiang cuisine, one of China's famed eight cuisines. Most of the dishes are very hot and spicy, sometimes using liquor as an ingredient. The most famous part of this cooking style is the Tujia dishes because of their rich national characteristics, particular materials and unique flavo Three Foods in a Pot In a...> See More

The West Hunan bonfire performance of the Wulingyuan area is extremely famous, and it is also interesting to watch some local folk activities such as the Tujia Maogusi dance, Tujia hand-shaking dance, Tujia martial arts hard qigong, Tujia Yangxi and so on. Moreover, there many places where you can listen to folk songs on the way to Wulingyuan Scenic Area. A popular spot is t...> See More