Jiujiang city lies in the northern part of Jiangxi Province. It neighbors the Yangtze River in the north, Poyang Lake in the east and the famous Mount Lushan in the south. This city has a long history of 2,000. It gets the strategically important situation by locating in the geographical intersection of Hunan, Hubei and Jiangxi Provinces. It is connected with three rivers and is the passage to seven provinces. This advantageous position has made Jiujiang a transportation and commercial center since ancient times. 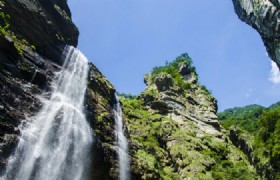 Lushan Waterfalls is in fact a collection of waterfalls including Sand... 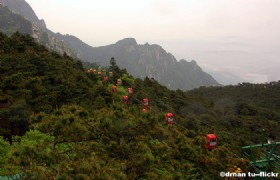 Mount Lushan is situated in the northern part of Jiangxi Province in J...

Find maps of Jiujiang, including Jiujiang's regional location to other parts of China as well as . Our Jiujiang travel guide ( includes weather, living, food, weather, transportation, etc.) has heaps of useful information and tips! > See More

As one of the port of the Yangtze River and has the large Poyang Lake in its territory, Jiujiang has a fertile land and rich water resources which have endowed Jiujiang with rich products. Jiujiang has been one of the four rice markets and one of the three tea markets a long time ago. Hence, when travel to the city of Jiujiang, there are a lot of local special products to bu...> See More

Jiujiang cuisine is an important part of the Gan cuisine. Dishes of Jiujiang cuisine focuses on the flavor of spicy, crisp and tender. Dishes of Jiujiang usually take the original local specialty as materials to get a fresh and unique flavor. There are famous dish of shrimp cooked by soup made by the fragrant Lushan Tea, dishes made with bream and catfish from the Poyang Lak...> See More

When travel to Jiujiang city, Mount Lushan is the primary destination. And of coue there many other attractio like the Poyang Lake, Longgong Cave, Xunyang Tower, Xiufeng Waterfall, Donglin Valley, etc.. But when you have enough time to stay at Jiujiang and get the chance to visit the downtown, there are some recommended nightlife places as follows: Theatres & Concerts ...> See More