To begin your tour in Sichuan we suggest you either take flights to Chengdu or Chonqing which are the two main cities in Sichuan Province with airports. Chengdu Shuangliu Airport is the largest airport in southwest China offering flights to over 100 domestic and international destinations. Whether you are already in China or traveling to Chengdu from abroad, taking a flight is simple and convenient. Taking a flight to Chongqing Jiangbei Airport is also another option with so many flights available. With Chengdu and Chongqing having the 72 Hour Visa Free Transit policies in place. Tourists can take advantage of transiting through either city.

For travelers who plan to visit via Tibet via Chengdu, there are numerous flights available. There are 17 flights daily from Chengdu Shuangliu Airport to Lhasa Gongga Airport, the flight takes approximately 2 hours. For travelers who plan to travel to Tibet via Chongqing, there are 10 daily flights from Chongqing Jiangbei Airport to Lhasa Gongga Airport, flight duration is about 2 hours 30 minutes. 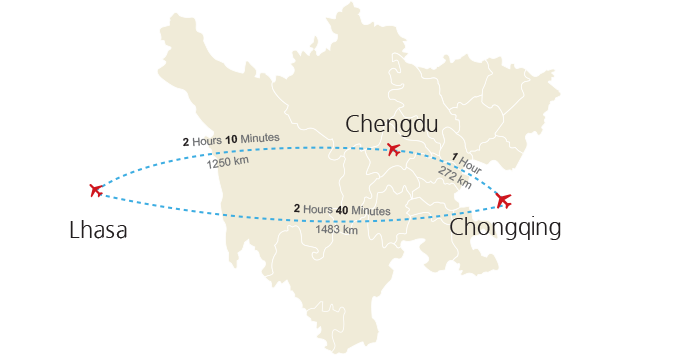 Travelling by train to Tibet from Chengdu and Chongqing are always popular amongst tourists to Sichuan Province. The amazing train journey will take you right to Lhasa the capital of Tibet.

For tourists who plan to travel from Chongqing to Lhasa the train journey also takes three days with a total of 11 stops. The major stops include Lanzhou, Xian, Xining and Dehli City of Qinghai Province. The train from sets out from Chongqing North Railway Station to Lhasa (T222 Train) is available every other day and not daily. 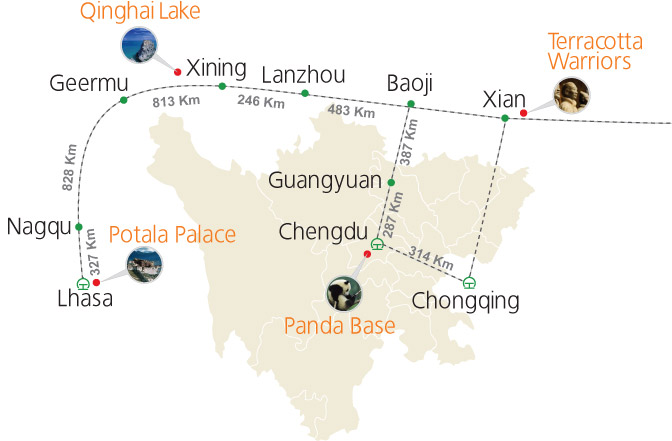