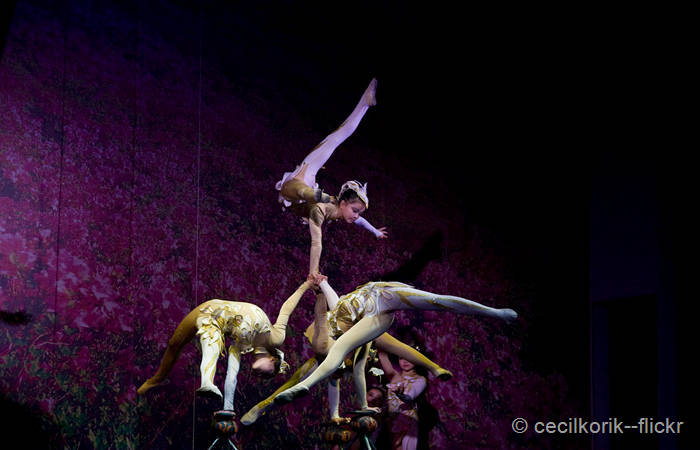 This is one entertainment that must not be missed by the young and old on a visit to . has many world class acrobatic troupes because practically every province and major city will have its own acrobatic troupe, and children are selected to be trained as performers from a young age. In one can see breath-holding acrobatics, some of which can be so demanding in the timing and balancing skill as to verge on the impossible.

Chinese acrobatics is said to have started during the Warring States Period (475-221 BC) two thousand years old, though some claim it is four thousand years old on the basis of the mythical Yellow Emperor, Huangdi, having started a martial form of acrobatics at a victory celebration in Wuqiao some 300 km south of Beijing. It is interesting to know that almost every adult in Wuqiao today knows some acrobatic trick. Since 1987, Wuqiao has held the Wuqiao International Acrobatics Festival which is an event for the international acrobatic fraternity.

The acrobatics became refined during the Han Dynasty (221 BC-220 AD) by which time juggling, fire eating, knife swallowing and tight rope walking were regular features. The Han Dynasty scholar and scientist, Zhang Heng (AD 78-139), has been much quoted by Chinese acrobatic enthusiasts as having mentioned in his "Ode to the Western Capital and to the Eastern Capital" the various forms of acrobatics then.

The price for our addon activities is based on the fact that you have booked one of our tours.
The time for this activity is about 1 hour.
So please book one of our tours first, then select an addon activity.
Round trip transfers from your hotel and admission ticket are included.
Please click Free Enqury button on this page for more details.