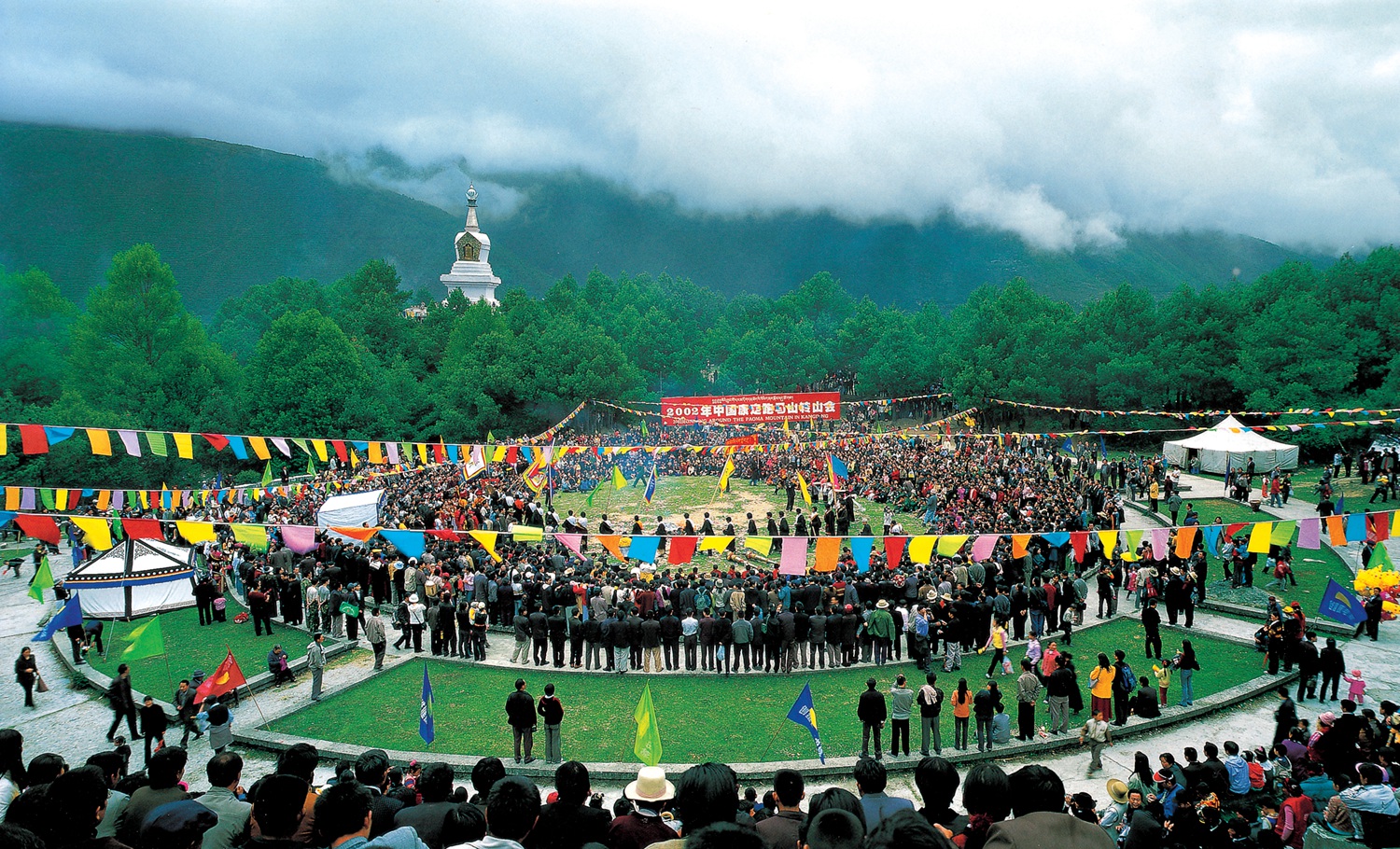 Zhuanshan Fair is one of the traditional festivals of the Tibetan People. Zhuanshan literally means walking around the mountain, but it is actually a kind of sacred way to worship the Gods and Buddha, and prayer for blessings. The Zhuanshan Fair is popular among Tibetans in Tibetan prefectures of Kangding, Garze and Aba in Sichuan Province.

Zhuanshan Fair is celebrated yearly on 8th in the fourth month of the Chinese lunar calendar. Legend has it that this day is the birthday of the Buddha Sakyamuni. Legend also says on this very day water would come out from the mouths of nine dragons on Paoma Mountain and is used for Buddha to have a bath. This is why Zhuanshan Fair is also called Buddha Bath Festival.

Celebrations at the Zhuanshan Fair

On the day of Zhuanshan Fair, Buddha believers would dress in their festive costumes and go to Paoma Mountain to chant and circumambulate with prayer flags and Buddha beads. First Tibetan people will go to temples to offer sacrifices to Buddha. Then they will continue to go chant sutras and circumambulate to prayer for blessings and good luck. After the circumambulation, there are many interesting activities such as singing and dancing, wrestling, horse racing, and picnic held.

To promote this traditional festival, the government of the Kangding County has made Zhuanshan Fair an official festival for local people and they will have three days off to celebrate the festival.

The Zhunshan Fair usually refers to the Paomashan Zhuanshan Fair and the Kangding Zhuanshan Fair. The Zhuanshan Fair falls on the season when Kangding has charming spring scenery as temperatures begin to rise and flowers are in full bloom. So if you travel to Kangding around Zhuanshan Fair, you will not only have chance to participate the grand fair and experience the unique ethnic culture of Tibetan people, and also enjoy the charming scenery of the area.

Zhuanshan Fair of the Qiang People

The Zhuanshan Fair of Qiang People usually refers to the Jishan Fair, which means to worship the mountain and god. Jishan Fair is one of the two most important traditional festivals of the local Qiang people. At this day, the Qiang people except married women will dress in their holiday clothes and bring wine, meat, and steamed buns to go to participate in the Jishan Fair. The worship ceremony will be hosted by the fair chief who will lead the group to offer sacrifices to the God of Heaven and God of Mountain and prayer for good weather and harvest, and blessings for local people.

After the worship ceremony, the sacrificial offerings including a black goat, a red cock, wine, pork, highland barley and steamed buns will be distributed to people. They will sit on the floor and enjoy the food with the group.