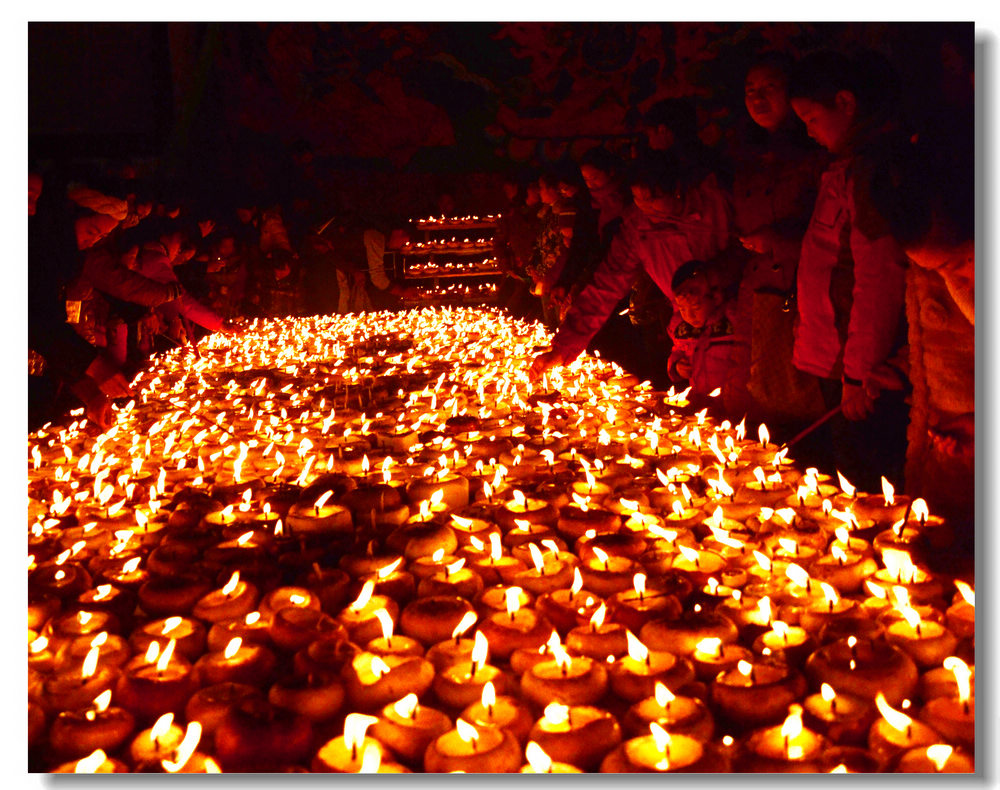 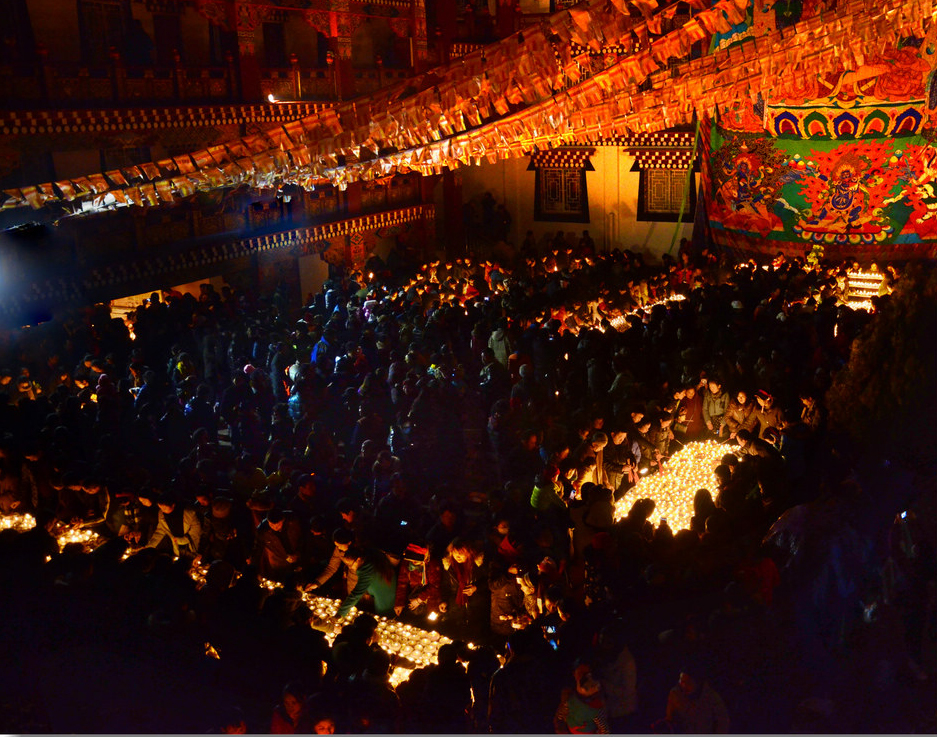 At night from around 6:00PM to 11:00PM, thousands of religious people will gather in Barhkor Street and the square of the Johkang Temple to celebrate this grand occasion. Religious activities such as chanting sutras, circumambulating, burning aromatic branches or incenses, and prayer are held to pay respect to Tsong Khapa.

Some families and monasteries also serve five kinds of offerings such as steamed buns, candy, and fresh fruits in front of the Buddha statues. This is why the Turnip Lamp Festival is also called Five Offering Festival by local Kangding people.