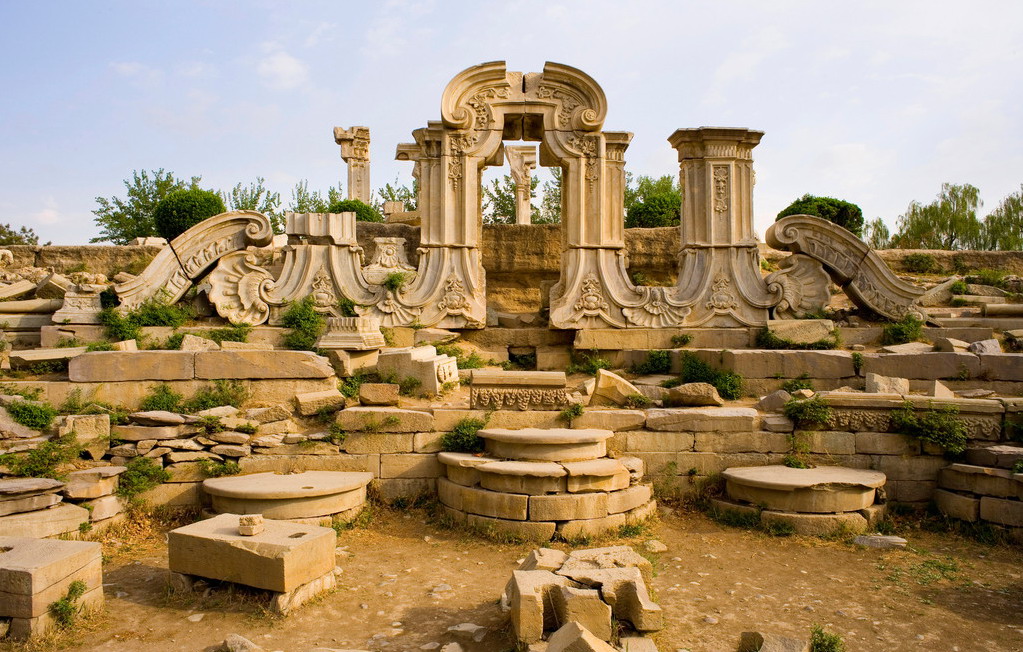 Use of large structural timbers for primary support of the roof of a building. Wooden timber, usually large trimmed logs, are used as load-bearing columns and lateral beams for framing buildings and supporting the roofs. These structural timbers are prominently displayed in finished structures. However, not everybody gets the opinions about how the ancient builders gathered the huge wooden load bearing columns into position.
Although structural walls are also commonly found in Chinese architecture, most timber framed architecture are preferred when economically available.

Timber frames are mainly constructed with joint nary and doweling alone, seldom with the use of glue or nails. Structural stability is further ensured through the use of heavy beams and roofs, which weighs the structure down.

Using even numbers of columns in a building structure to produce odd numbers of bays With the inclusion of a main door to a building in the centre bay, symmetry is maintained

The common use of curtain walls or door panels to delineate rooms or enclose a building, with the general de-emphasis of load-bearing walls in most higher level construction

Flat roofs are uncommon while gabled roofs are almost omnipresent in traditional Chinese architecture. Three main types of roofs are found
1. Straight inclined: Roofs with a single incline. These are the most economical type of roofing and are most prevalent in commoner architectures
2. Multi-inclined: Roofs with 2 or more sections of incline. These roofs are used in higher class constructions, from the dwellings of wealthy commoners to palaces
3. Sweeping: Roofs with a sweeping curvature that rises at the corners of the roof. The types of roof building are often reserved for temples and palaces although it may also be found in the homes of the wealthy. In the former cases, the ridges of the roof are usually highly decorated with ceramic figurines.

The roof apex of a large hall is usually topped with a ridge of tiles for both decorative purposes but also to weight down the layers of roofing tiles for stability. These ridges are often well decorated, especially for religious or palatial structures. In some parts of China, the ridges are often extended or incorporated from the walls of the building to form horse-head walls, which serve as a fire deterrent from drifting embers.