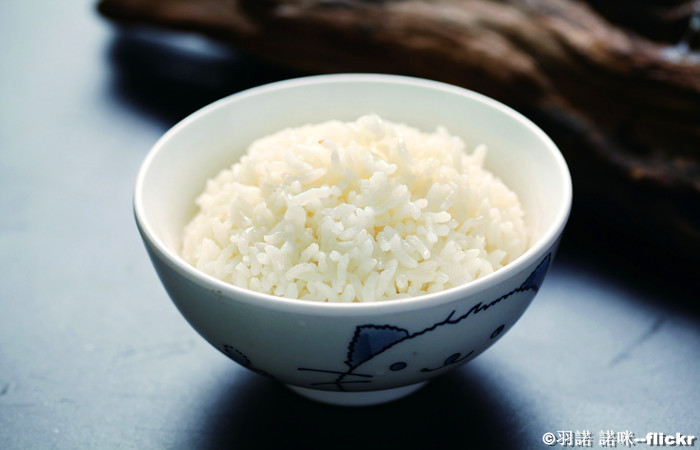 China is the largest rice producer in the world, also one of the earliest centers of rice cultivation. Since from thousands of years ago, the Chinese people have been diligently cultivating paddy rice in their land for favorable harvests. The agricultural way of life, with rice as the center, has acted an important role in China’s history. In the past, people held the belief that the precious things of life are the five grains with rice being number one, instead of pearls or jade.

For many Chinese people, especially in the southern part of China, rice is the staple food in everyday meals. They eat rice just as westerners eat bread. Generally, rice is cooked by boiling or steaming, till it absorbs as much water as it can. There are some rice dishes in China, among which fried rice might be the most popular rice dish not only in China, but also around the world. Depending on the types and amount of added ingredients such as beans, chopped meat, vegetables, eggs and so on, as well as different ways of preparation, there have developed endless variations of fried rice.

Rice can also be made into porridge (congee). When cooking porridge, more water than usual is added to make the rice saturated with water and become very soft and viscous. There are kinds of porriage, the most common is the plain porridge, which is often served and eaten with pickles, bamboo shoots, salted duck eggs, pickled tofu and other condiments and side dishes. In addition the plain porridge, the porridge in southern areas of China, espically Guangdong province, is cooked with other food such as mung beans, pumpkin, meat etc.  Besides a common food on the dining table, rice porridge can also serve as food therapy for the unwell by adding ingredients of therapeutic value.

Noodle is originated in China and has a history of making and eating for over 4000 years. It is a typle of staple food in China especially in northern area. For Chinese people, they believe that every meal should contain an equal division between all kinds of food. One of the food they rely on to provide harmonious dietary balance is noodle.

There are many kinds of noodles in different areas of China, among which some famous noodel dishes includes Lamian (拉面), hot and dry noodles (热干面), Dandan noodles (担担面), knife-sliced noodles (刀削面), etc. When eating noodles, no matter you slurp them, gulp them down, or twirl them on your fork, you will sure love this special feeling to eat noodles. It is well known that the Chinese people have been feasting on noodles since the Han dynasty (206 BC - 220 AD), with a long history as long as almost 2000 years.

Noodle can be eaten in hot or cold and made by stir-fried, steamed, boiled, or in a soup. For the nutritionally-inclined, noodle is an excellent source of protein. Besides, being low in calories, noodle is extremely high in complex carbohydrates.