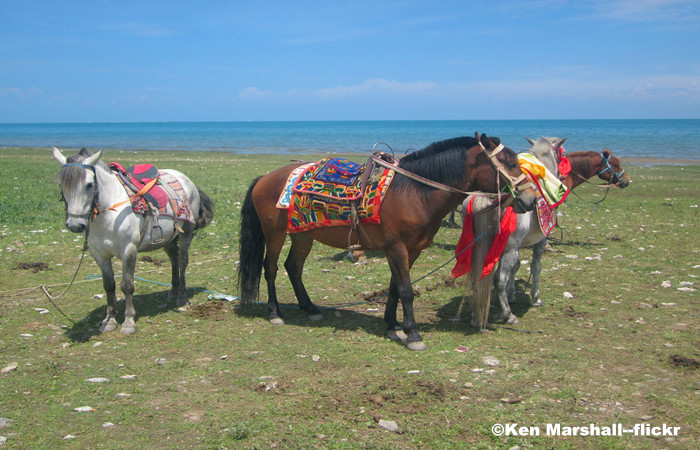 Yushu Horse Racing Festival is one of the most famous horse racing festivals within the Tibetan area. Located in Qinghai Province, the Yushu Horse Racing Festival is held each year on 25 July and lasts for a week. During the one week of festivities there are horse racing competitions, yak racing, weight lifting, dancing and singing performances and a display of traditional Tibetan costumes. There is also range of traditional delicacies for tourists to taste. Arriving in Yushu you can enjoy the horse racing and a variety of performances held by locals and visit monasteries and the wonderful grassland during your stay. As a region that is inhabited by many Tibetan, Qinghai was the homeland of Tenth Dalai Lama and Tibetan Buddhism founder Padmasambhava.

The scale of the festival has become larger, but at the same time the traditional programs have been preserved and more modern elements have been added such as folk dance, art performance, fashion show and folk costume displays. Traditional snacks should be tried whilst at the festival and crafts can be purchased throughout the day as momentums and souvenirs. By night fall as the festival reaches the end of day, a campfire is started with singing and dancing around it and is the perfect way to enjoy the night surrounded by such a great lively atmosphere.