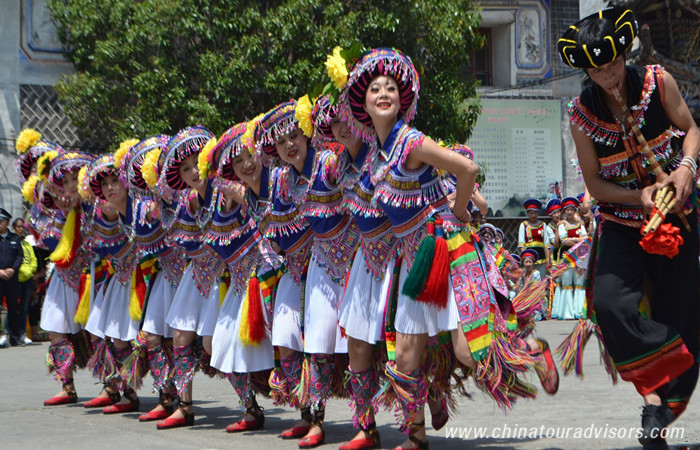 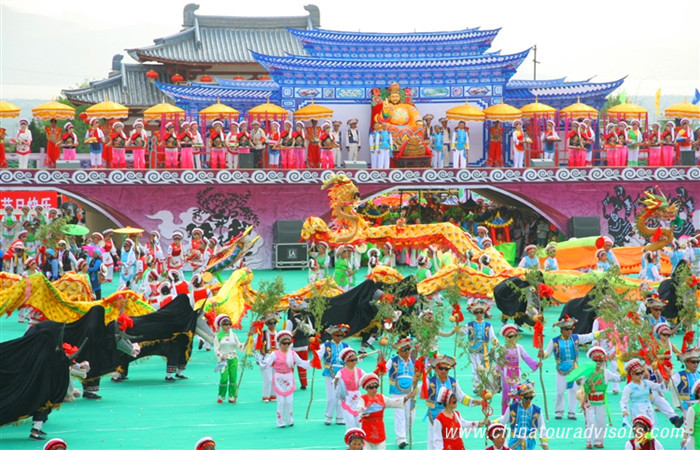 March Fair of Bai is well known as a grand festival of Bai people.It held from March 15 to 21 of the lunar calendar in the west of Dali city.

March street is also called Guanyin market.It’s said that the Goddess of Mercy, Guanyin, Guanyin preached at this city on March 15.So,every year after that ,the local people offer a sacrifice to Guanyin.Now it become the famous March Fair of Bai and thousands people attend from all over the country.People exchange goods here and take part in the Colourful cultural activities such as horse racing, wrestling,dancing,singing and so on.

During the festival,the businessman come and take their goods from all directions to participate in the transaction. It is the largest gathering of commodity trading in western Yunnan.