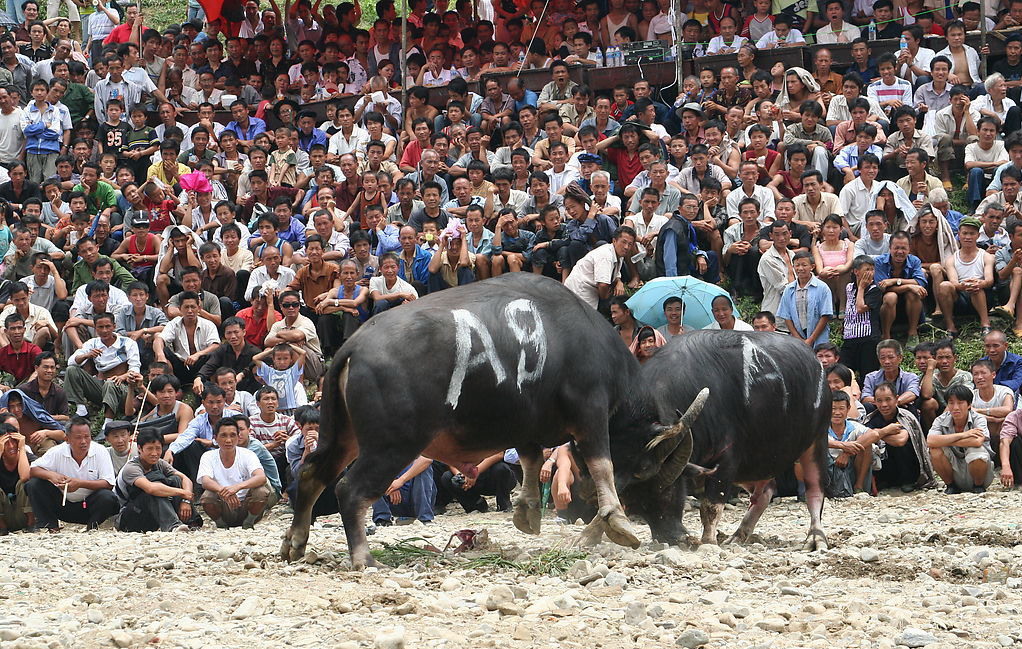 Bullfighting is widely recognized as the national sport and spectacle of Spain, a deeply ingrained, integral part of their national cultures. The festival usually held on an even meadow with the Miao people being well dressed on this auspicious occasion. And the festival usually lasts for 3-5 days.

Miao Bullfighting Festival is a traditional folk activity. It’s called "Oriental Bull." Before bullfighting Festival,the village elected a middleman,he visit the cattle owners,record the length, height, age, weight of the cattle and decide who fight to who.After having the approval of cattle owners,he announced that bullfight begin. The scene is quite spectacular and interesting.After the bullfight, the winner will own the awards and people will toast their owners.Miao hope for a good harvest and and good health in the coming year by holding the Bull Festival.