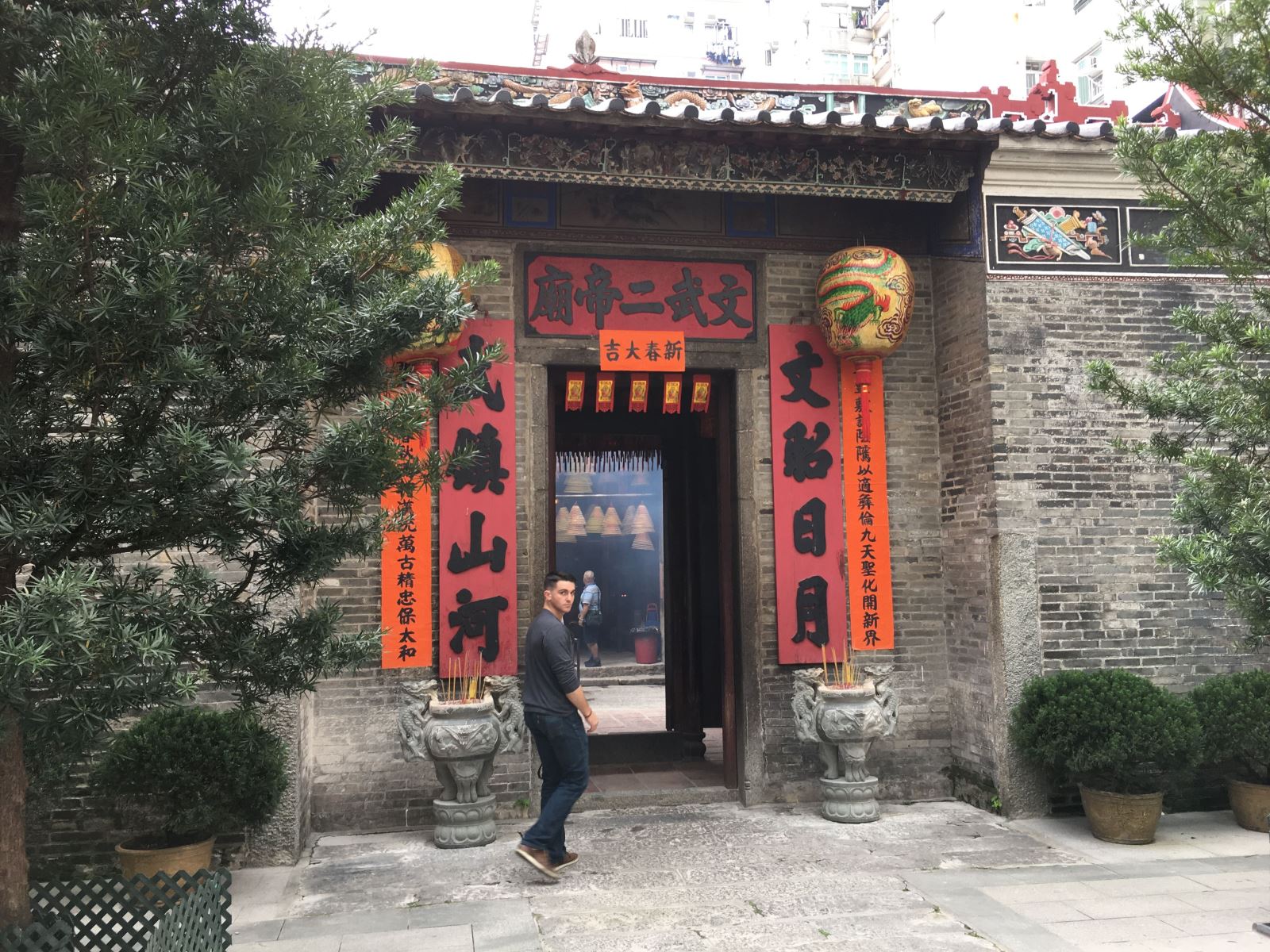 
HOTEL PICKUP
Please select your hotel, BOOK NOW, see pickup time on the next page.  If you can not find your hotel, select "Z - my hotel is not in the list", tell us your hotel name and receive your pickup time by email.

Begin your 5-hour tour with pickup between 7:50am to 8:35am from select Kowloon or Hong Kong Island hotels. Your exact pickup time will be confirmed by the local tour operator. Your local culture discovery tour will be escorted by experienced local tour guide. You will visit the ancient trail of Yuen Long Ping Shan Heritage Trail. Historical relics and interesting places along the route include:

Tsui Sing Lau Pagoda
Hong Kong's oldest pagoda, Tsui Sing Lau, is believed to have been built in 1486. The three-storied, green-bricked building is hexagonal and stands over 42 feet (13m) high. The top floor of the pagoda is home to Fui Shing ('Champion Star'), the deity responsible for success or failure in exams. There are auspicious Chinese sayings inscribed on each floor.

Tang Clan Ancestral Hall
Constructed in 1273, this Tang clan ancestral hall is a magnificent three-hall structure with two internal courtyards, and is one of the finest examples of this type of building in Hong Kong. Note the high elevation of the pathway in the courtyard - this indicates that one of the Tang clansmen held a high-ranking position in the imperial government.

Kungting Study Hall
Used both as an ancestral hall and a place of study, this 1870s edifice is a beautiful piece of craftsmanship. Kungting Study Hall is a two-hall building with an enclosed courtyard, noteworthy for its finely carved granite columns and granite block based along the facade. The distinguished design in the interior reflects the impressive skills of the craftsmen of that time.

Sheung Cheung Wai
This 200-year-old walled village consists of rows of symmetrical houses enclosed by a green brick wall. The gatehouse, shrines and some of the old houses are still standing. Part of the wall may be missing, but enough remains to give a feel for what a traditional Chinese walled village looked like.

Tai Fu Tai Mansion
Tai Fu Tai Mansion, in Sha Tin to the east of Mai Po, was probably built in 1870s, by Man Chung-Luen, a successful merchant and renowned philanthropist. "The residence is a fine example of traditional Chinese dwelling of the scholar-gentry class and is certainly one of the most elegant buildings throughout the territory." Gazetted as a historic building in 1987, the mansion has since been renovated - with work completed in 1988.

Tai Po Market
It used to be the trading ground of foods & goods around the New Territories and now is a thriving food market. Here you can find a street market lined with vendors seeing nice looking food products ranging from fresh vegetables, cured meats, and dried seafood to locally made candies.

You will be returned to your original departure point at the conclusion of the tour.

This tour is sold on Tripadviosr.

* A minimum of 2 Adult(s) per booking is required.
* If you stay in a local home or a hotel that is not on the tour operator's approved hotel pickup list; you will be informed of the nearest pickup hotel and pickup time to meet your tour guide.

* As this tour involves a fair amount of walking, please wear comfortable shoes and bring along appropriate sun protection.

* For child and senior fares, please bring along your passport or other proof of age to show to your tour guide on pickup