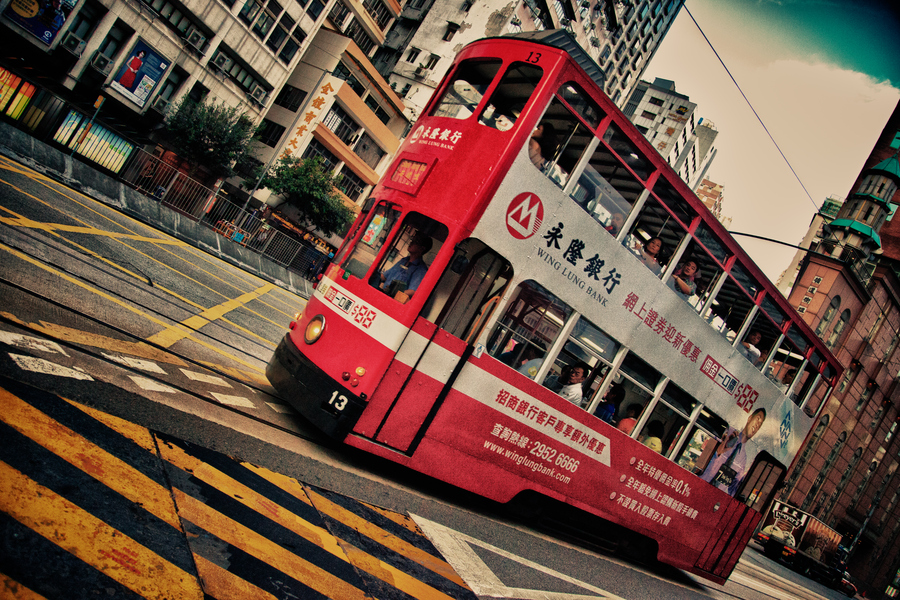 Duration: 6 hours
Time: 9:15AM - 3:15PM
Explore Hong Kong by public transport to discover another side of Hong Kong. Take the Star Ferry, walk through the bazaar-filled narrow streets, travel uphill on the world’s largest outdoor covered escalator, board the historic ‘Ding Ding’ tram and pass some of Hong Kong’s oldest public houses.   Tour departs on every Friday, Saturday, Sunday.  The booking cut off day is 3 working days prior tour day.

HOTEL PICKUP
Pickup time: 09:15am
PIckup place: the lobby of The Kowloon Hotel.

Book Now
Day 01 Different Taste of Hong Kong 1 Day Tour
Detailed Itinerary: You will be picked up from the hotel and start your local tour of Hong Kong.
Pickup time: 09:15am
PIckup place: the lobby of The Kowloon Hotel.

Star Ferry: The ferry is an important part of the commuter system between Hong Kong Island and Kowloon, and are an essential journey for visitors. The National Geographic Traveler named the ferry crossing as one of the 50 places of a lifetime to visit.   You will ride the acclaimed Star Ferry across Victoria Harbour from Tsim Sha Tsui to Central district of Hong Kong Island.

Pottinger Street: Pottinger Street, known as the Stone Slabs Street by the locals. The street was named after Henry Pottinger, the first Governor of Hong Kong in 1858. There are many small local shops placed aside the stone steps. It is also a place of selling nostalgia. Taiwan Director Ang Lee's award winning "Lust, Caution" was partly filmed at here)

Mid-Level Escalators: Serving as a method of transporting, it links Des Voeux Road in Central with Conduit Road in the Mid-levels. It cost HKD240 million to build. The entire system covers over 800 metres in distance and it is the longest outdoor covered escalator system in the world)

“Ding Ding” Tram: These double-decker trams have been travelling through Hong Kong’s busiest streets since 1904s and continue to be an affordable and leisure way to get around. Neighborhoods that might pass through on your journey include some of Hong Kong's most colorful suburbs, such as Western district, Wan Chai, Happy Valley, Causeway Bay and North Point.

Wah Fu Estate:  The first public housing estate that was designed under the new town concept and it was the first batch of twin tower building in Hong Kong public housing system.

Typhoon Shelter
Aberdeen Island is a typhoon shelter.  It still keeps the traditional fishing living culture. Special arrangements are provided for you to take a ride by Walla-walla.

Walla-walla, was a kind of motorboat used to serve in the Aberdeen Harbour of Hong Kong. Walla-walla was named by the Local people for its very noisy engine.

Returned to hotel by coach.

Click the image to see this tour on Tripadviosr

* Date & Time: Friday, Saturday and Sunday at 09:15AM
* Duration: Approximately 6 hours
* Meet up / Drop off: Lobby of The Kowloon Hotel, Nathan Road, Tsim Sha Tsui, Kowloon
* A minimum of 2 Adults per booking is required
* Request is subject to the space availability
* For cancellation / Refund only apply in the event of Typhoon Signal No. 8 is hoisted / Red or Black rainstorm warning is alerted.