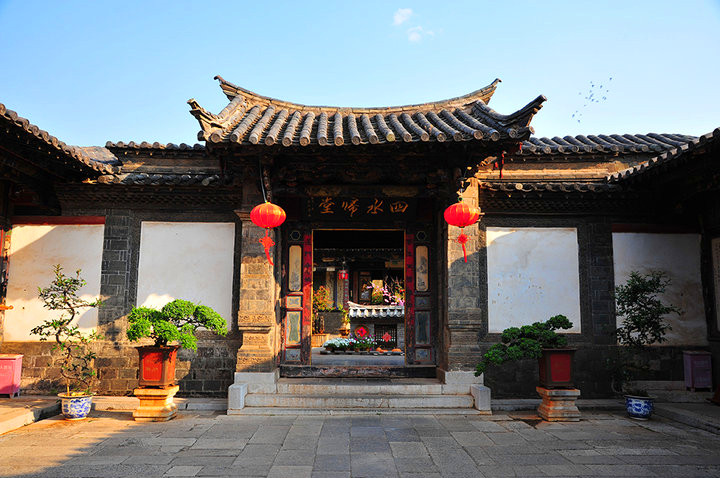 Discover the best of Yunnan's scenic attractions with this extravagant 8 days tour where you will visit the symbolic attractions of Jianshui, Yuanyang, Kunming, Dali, Lijiang and Shangri-La.

● Zhu''s Garden ● Jianshui Confucian Temple ● Stone Forest ● Jiuxiang ● First Bend of Yangtze River ● Shuhe Ancient Town ● Tiger Leaping Gorge ● Xizhou Village ● Erhai Lake ● Songzanlin Lamasery ● Yuanyang Terrace Field
100% SATISFACTION
Free Enquiry
Day 01 Kunming – Yuanyang
Detailed Itinerary:
Your tour guide will pick you up at 9:00AM in Kunming and you will be transferred to Yuanyang Scenic Area. The journey is about 380 kilometers and will take approximately 6 hours. You will have a Chinese lunch during the journey.
Once you arrive you will visit the Bada Ricce Terraces where you can capture a view of the terraced valley. You will then proceed to Qingkou Village where the local Hani people reside. In the evening you will set out for Laohuizui rice terraces where you can watch the beautiful sunset (weather permitting). Later you will be transported to your hotel.

Day 02 Yuanyang – Jianshui
Detailed Itinerary:
Today you will have to wake up early to catch the sunrise at Duoyishu Village, then you will take a trip to Sheng Village. After lunch, you will be transported to Jianshui which is approximately a 3 hour 30 minute journey. During the journey you will make a stop at Tuanshan Village. Once you arrive in Jianshui you will visit Zhu Family Garden, after you will be transferred to your hotel.
Zhu Family Garden: Zhu Family Garden was constructed during the late Qing Dynasty, and has a history of more than 100 years. It covers an area of more than 20,000 square meters and has 42 courtyards. The garden is one of the symbols of Jianshui County’s tourism.
Attractions & Activities:Duoyishu Village, Sheng Village, Tuanshan Village, Zhu Family Garden
Meals: Breakfast & Lunch

Day 04 Kunming – Dali
Detailed Itinerary:
Today you will be picked up at your hotel at around 8:30AM. You will then proceed to Stone Forest and Jiuxiang Caves. Later you will be transported to Kunming Train Station where you will take an overnight train to Dali.
Stone Forest: The Stone Forest is a World Natural Heritage 78 kilometers to the southeast of “Spring City” Kunming. Stone Forest is famous for its typical karst geology and geomorphology characteristics. The ground karst scenic spot has a large variety of types, embodying a concentrated reflection of world karst modalities.
Jiuxiang Caves: Jiuxiang has over one hundred big and small karst caves with the largest scale and quantity in China. It has the biggest underground hall, Lion Hall, which can holds tens of thousands of people, the largest limestone lake group among all the developed cave spot – Fairy Field, and the most magnificent underground Canyon- Jinghun Gorge.
Attractions & Activities:Stone Forest, Jiuxiang
Meals: Lunch

Day 05 Dali – Lijiang
Detailed Itinerary:
This morning you will be picked up at Dali Train station and transported to Xizhou Morning Market where you can immerse yourself in the local culture and you will also have breakfast. Xizhou is famous for its unique culture of the Bai ethnic minority group. You can admire the Bai style architecture, handicrafts and traditional clothing.
After you will take a cruise from Erhai Lake to Jinsuo Island where there is a large fishing community. Capture the spectacular view of Cangshan Mountain and the Three Pagodas. Once you have finished lunch you will be transported back to Lijiang which will take 2 hours 30 minutes. Upon arrival in Lijiang you will check-in to your hotel and you are free for your own leisure in the evening.
Xizhou: Xizhou Village is the commercial center of the Bai ethnic minority group. Xizhou has about 200 national heritage listed private houses dating from the Qing Dynasty, and these houses are among the best examples of traditional Qing architecture in China and are exquisitely detailed. During this century, Xizhou was a haven for Chinese intellectuals.
Erhai Lake: Erhai Lake is a barrier lake formed after a fault foundering of the earth's crust. On the boundless expanse of the lake, there are steamers, sailing boats, and flying birds. The surrounding islands, temples and villages are worth visiting too.
Attractions & Activities:Xizhou Village, Erhai Lake
Meals: Breakfast & Lunch

Day 06 Lijiang
Detailed Itinerary:
Your morning will start with a tour of Black Dragon Pool and Dongba Museum where you can learn about the culture of the Naxi ethnic minority. After, make a trip to Jade Lake Village where you can catch a glimpse of the wonderful Jade Dragon Snow Mountain. Once you have finished lunch you will be transferred to Shuhe Ancient Town where you will visit a local market.

Black Dragon Pool: The Black Dragon Pool is listed in the Collections of Famous Pools of China because of its exquisite beauty. In its waters, the Jade Dragon Snow Mountain is reflected. At the far side of the pool, there are renovated buildings used for art exhibition such as the Moon-Embracing Pavilion with its own white marble bridge across the water and the Five-Phoenix Temple built during the Ming Dynasty.
Dongba Museum: Dongba Museum, is a museum which was designed to display the splendid Dongba culture of Naxi people, it is also known as Dongba Culture Museum. The museum has more than 10,000 Dongba cultural relics and various other historical relics, covering the branches of astronomy, geography, literature, art, history and religions. 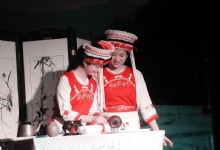 Three tea ceremony is way to greeting the guest of honor, to express the feelings, wishes good for each other between gu… >Details
From: USD11 p/p