Chengdu recently held the opening of a Dufu themed KFC restaurant. The restaurant is named Tianfu Jinxiu and is designed based on the famous Chinese poet Du Fu from the Tang Dynasty. The walls show pictures depicting daily life in China during the Tang Dynasty, and Du Fu's poems, paintings, and calligraphy can be seen everywhere on the tables and walls of the restaurant. 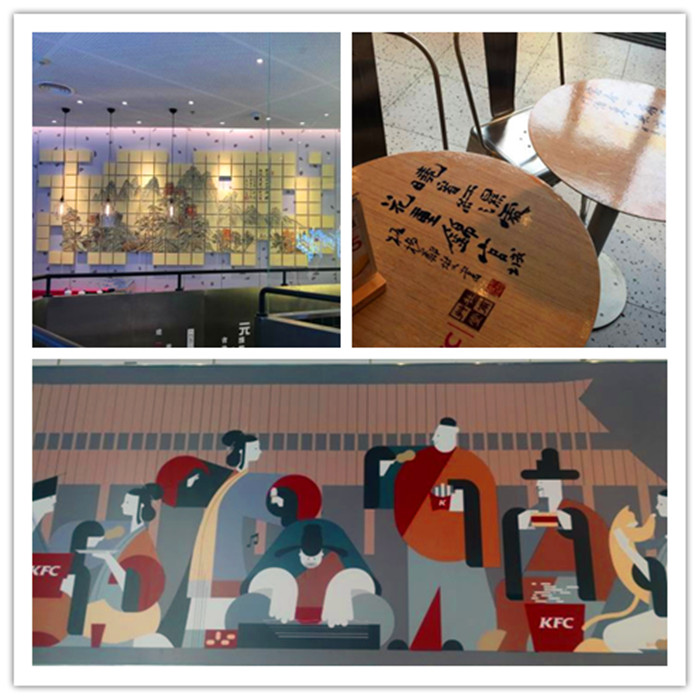