Leshan Giant Buddha in southwestern Sichuan province has been closed for maintenance since October. Several cracks appeared in the abdomen part of the statue, due to the problem of tourist overload. Checks will be done for four months. The 71-meter statue is believed to be the world’s largest stone Buddha. It dates back to the Tang Dynasty between 8th and 9th centuries. The statue is carved out of a red sandstone cliff and faces the sacred Mount Emei. 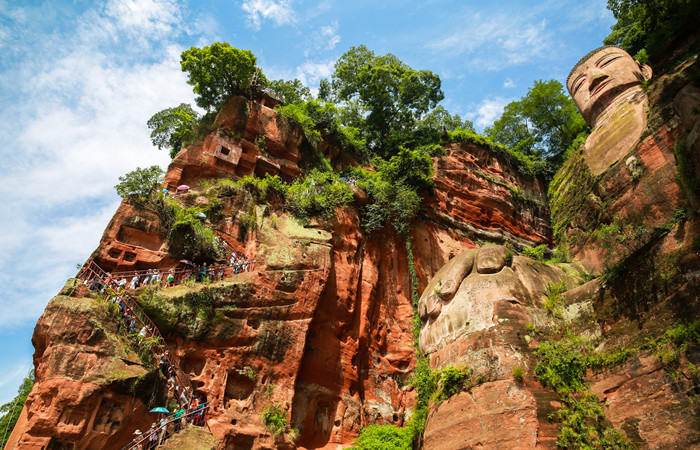