Having heard so much about the show, we  booked a package including two tickets of the House of Dancing Water as a  Christmas gift, with round trip Turbojet tickets departed from Hong Kong.

The show is set in the 2000-seat Dancing  Water Theater designed by Pei Partnership Architects; the theater is part of  the City of Dreams integrated entertainment resort in Macau. To get to the City  of Dreams, there is a Cotai Connection free shuttle that runs every 15mins. The  shuttle connects most hotels in the Cotai area including the Galaxy, Venetian,  Wynn Palace and so on. The thing you need to know is that you won't be allowed  on if all the seats are taken and no standing allowed. So if you want to catch  a show, you might make some time allowance.

We had no problem finding our seats in the 270-degree  theater-in-the-round. It has a central stage with diameter of approximately 25  meters, surrounded by sloped seating on three sides. The theater arena has a  40-meter-high steel trussed space (30 meters clear) providing generous height  to the show’s display of acrobatics. 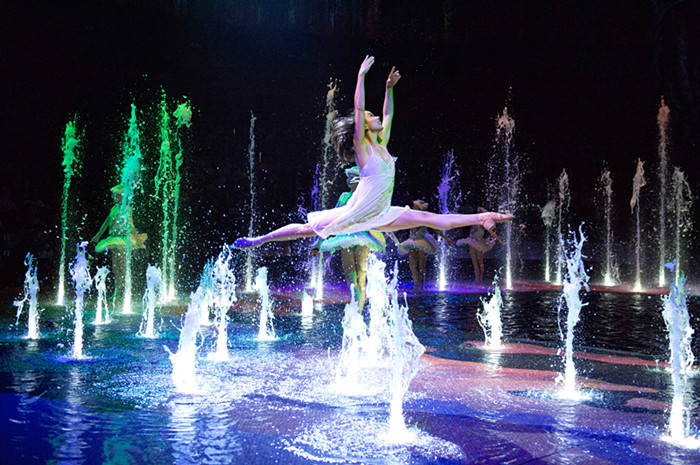 The show ran for 90 minutes and I had to  admit it was a little bit too short. As a huge fan of theatrical show and art, I  would say show story line wasn’t really a surprise for me but I was most  impressed with the stage design and technology. 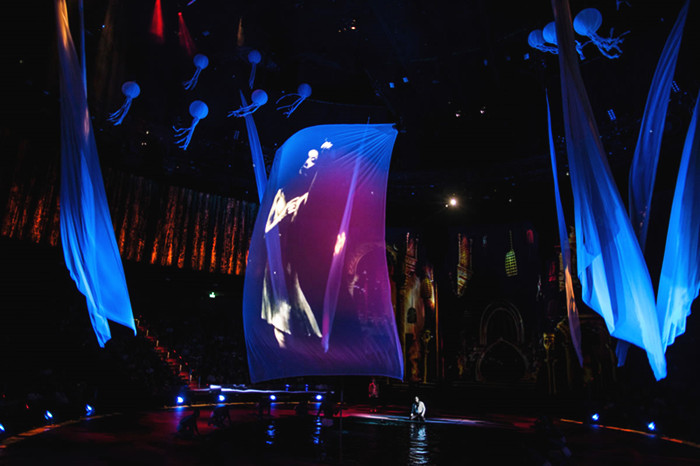 It started the show with a lake, whose  water disappeared to make walking an ease for the performers on the water  surface, then seconds later it turns into a pool again, where performers were  jumping from high, which again sprang a surprise by bringing out a ship from  the bottom of the pool. As the show continued, you would marvel at the various  design elements such as fire, water effects, and atmospheric effects. The water  displays and sets were particularly well designed, massive and beautiful. The  giant water set was definitely something that sets this apart from other shows. 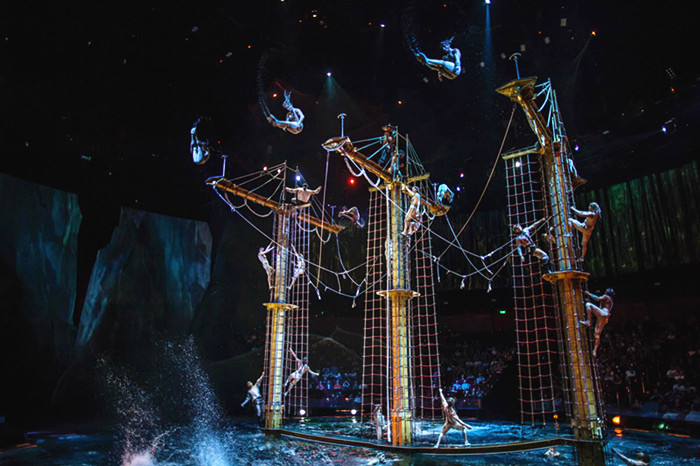 The main stage is circular and for the  majority of the performance, our seats afforded us a marvelous view. Every  expression of the performers could be caught perfectly. The artists in the show  are well-rounded in dance, swimming and acrobatics. It’s said that it includes  over 70 artists from around the globe, including many who come from the  famed Cirque du Soleil. 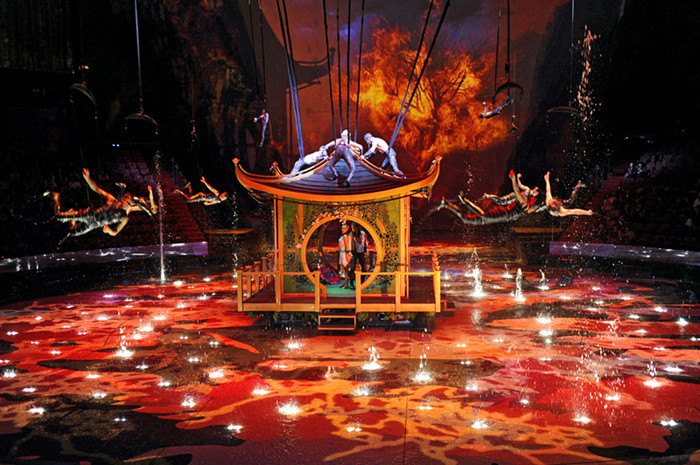 All in all it was a very entertaining show and  the light sprinkling of water added to the enjoyable experience. 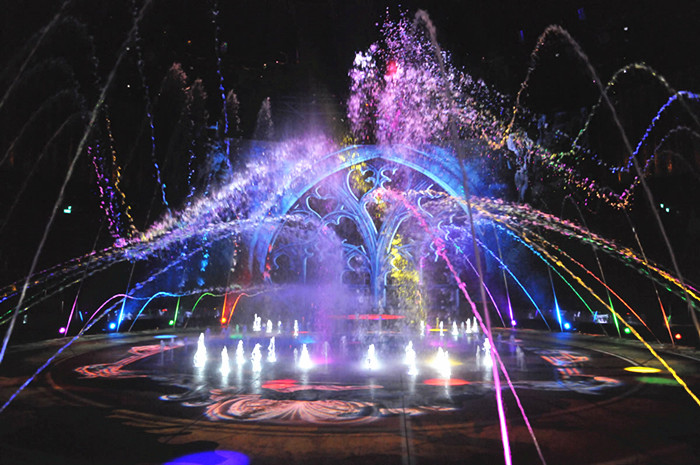 Know Before You Go

Demand for House of the Dancing Water  tickets is high and you’re advised to book ahead. Prices range from HK$480 –  HK$880, excluding pricey VIP tickets. It’s also worth mentioning that A zone  tickets offer the best views in the house. B zone tickets allow you to be  closer to the action on stage and provide good value as long as you do not mind  getting wet (the first four rows are in the splash zone; towels are provided by  the theater). C zone tickets are located toward the back of the stage and  are the most economical option.