Where to get the best Pizza in Shenzhen!

What is life without pizza? Flatbread, tomato sauce, cheese and toppings all lovingly baked together, yum! The modern variant was invented in the Italian city of Naples. Indeed, Neapolitan pizza is safeguarded in the European Union as a “Traditional Speciality Guaranteed” dish. But while Italians do it best, the rest are catching-up with regional variants on traditional pizza. Indeed the humble pizza pie has become as global a commodity as Hollywood movies or denim jeans. 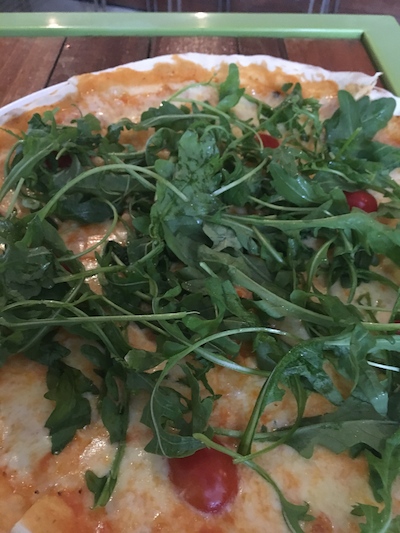 China was slow to the Italian dinner table. The Middle Kingdom is, after all, a country with a celebrated eating tradition of its own. Plus cheese doesn’t go down too well with those raised on a life long diet of tofu. 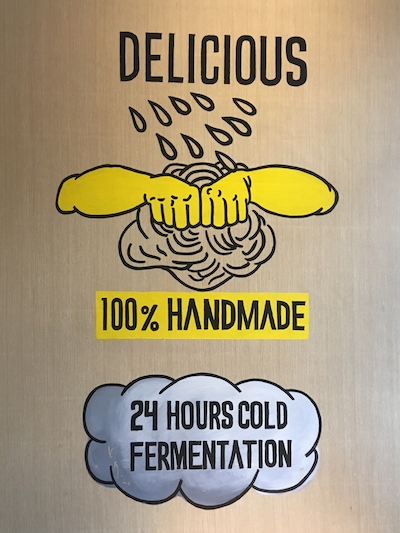 However, the winds of globalization have brought world fare to Chinese shores with the post-90s generation eager to sample the choice their parents never had. Italian staples have now become the most widely disseminated ethnic cuisine in the Middle Kingdom, found in most luxury hotels worth their name.

Coastal Shenzhen, a city of foreign trade, imbued by a cosmopolitan expat culture, is now festooned with pizzerias. Some are Italian owned, others serve the stodgier American version, while others still market a local take on the classic communal snack. But what is certain is that if you have a hankering for some Italian, you’ll be able to find some form of pizza or another in most quarters of Shenzhen. 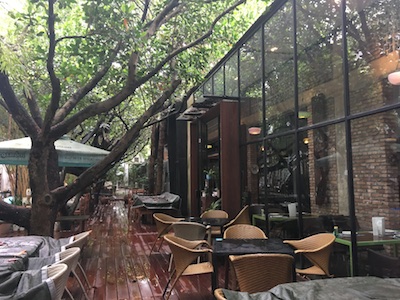 This converted factory space in the hip & trendy OCT Loft is all things to all men – a live house and corporate events venue that operates a bar and full dining menu. It’s eclectic, to say the least, with steaks, Thai food, soups and salads on the list. But it’s the thin-bread pizzas that really stand out for their size, quality and not unreasonable pricing. The Margarita is an affordable RMMB50 while the Francese at RMB95 comes layered with fresh strips of delicious French Brie. It’s the Primavera (RMB75) that stands out, however; mozzarella and cherry tomatoes topped with arugula leaves, now that’s hard to beat!

Offering 9inch, 12inch and 16inch pizzas delivered to your door or consumed in one of seven eat-in joints around town, this is arguably Shenzhen’s best-loved pizzeria. Established by Chinese American Thompson Lee and company in 2007, the award-winning brand has gone from strength to strength, to the delight of the half-starved expat crowd. Hit numbers include The Veggie Delight (RMB50 to 110), which comes festooned with plant life. For pepperoni lovers, The Godfather (RMB60 to 120) remains a staunch favorite, while the Mediterranean (RMB90 to 150) is a more sophisticated choice that comes topped with sundried tomatoes, artichoke hearts, and black olives. Of course, these are definitely American-style pizzas so expect a bite for your buck (with additional calories). But if you’re throwing a party or need to cure a hangover, look no further. 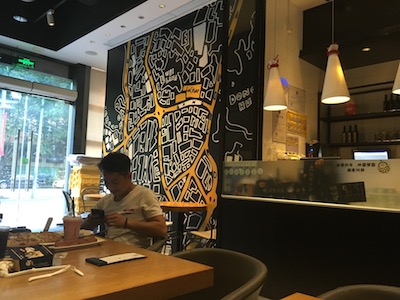 It would seem only logical that as Shenzhen grows economically, self-confidence and localized branding would develop in concert. This has happened with all kinds of high-tech brands and design firms that began imitating western products but now innovate on their own terms. And the same is true of pizza, which at Le Cesar gets the local treatment, Guangdong-style. The signature dish of this fast growing chain is the full pulp durian pizza (RMB78 to 128). That’s right, this pungent fruit native to south China and Southeast Asia gets slathered on bread and baked, it’s an acquired taste, but the locals love it. Similarly, drinks invoke a similarly tropical character with ginger and passion fruit juice or coconut with chia seed (both RMB22) served in accompaniment of your pizza.

Located in the OCT Bay and Shekou (both in Nanshan District) this Italian-run stalwart of the fine dining scene offers pizza for those seeking the real Italian thing. That’s right, step into either venue and prepare for quintessential little Italy replete with wine, pasta, and over-the-top Latin décor. The owner, namely Angelo, hails from the scenic hills of San Marzano overlooking the Mediterranean Sea. With 30 years of cooking experience, he first came to China in 2004 to set up shop and hasn’t looked back since. Check out the seasonal special the Chef Matteo White Pizza, made from light and crusty bread topped with mozzarella bits and salty Parma ham (RMB120). Delicious!