The Torch Festival is a main traditional  festival for the Yi people in Southwest China’s Yunnan, Sichun, Guizhou and  Guangxi provinces, and is celebrated by not only the Yi, but also other minority  groups of the region. The Torch Festival takes place from the 24th to 26th day  of the sixth lunar month every year. During the 3-day festival, the Yi people  will sing and dance around the bonfire and torches are lit everywhere to  celebrate the Torch Festival. 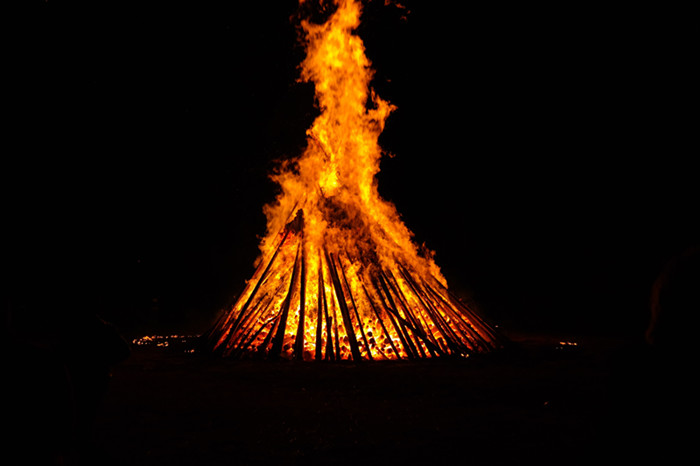 The Torch Festival commemorates the legendary  wrestler Atilaba. The legend goes that Atilaba defeated the deity Sriabi in a  wrestling contest and also resulted in Sriabi’s death. The other gods were so  angered by his death that they sent a plague of locusts down upon the crops of the  Yi people for three days and three nights as punishment. To save his people,  Atilaba created giant torches out of pine trees to protect their harvest and  burn all the pests. And ever since then, Torch Festival has been celebrated  every year and people light torches. 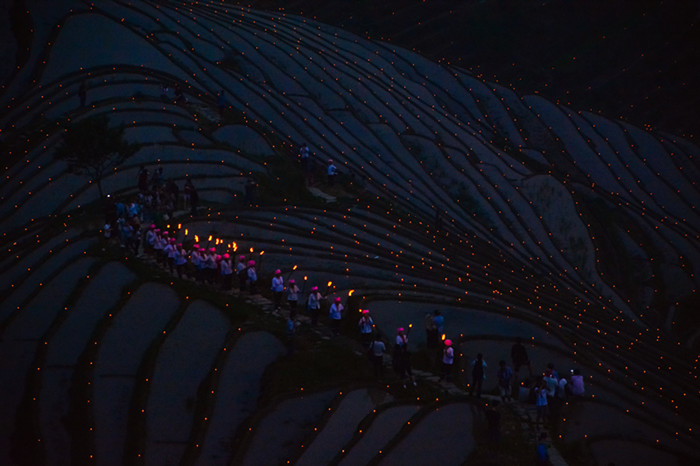 In the Torch Festival, every family lights  a torch in front of their homes. Huge torches made out of pine wood are erected  all over the villages. Some villagers even hold a torch to the entrance of the  village and then out into the farmer’s fields to drive away evil spirit and bad  luck. The most fascinating traditional ritual is the Bonfire party. Some of the  villagers play music instruments while men and women are singing and dancing  around the bonfire that keeps burning for a whole night.