Tibet is perhaps one of the most mysterious isolated locations along the Himalayan plateau that attracts many visitors from all over the world! The pure scenery and unique culture of Tibetans are one of the biggest highlights. Tibet’s culture is heavily influenced by Buddhism with the majority of arts, literature and music prevailing Buddhist beliefs. 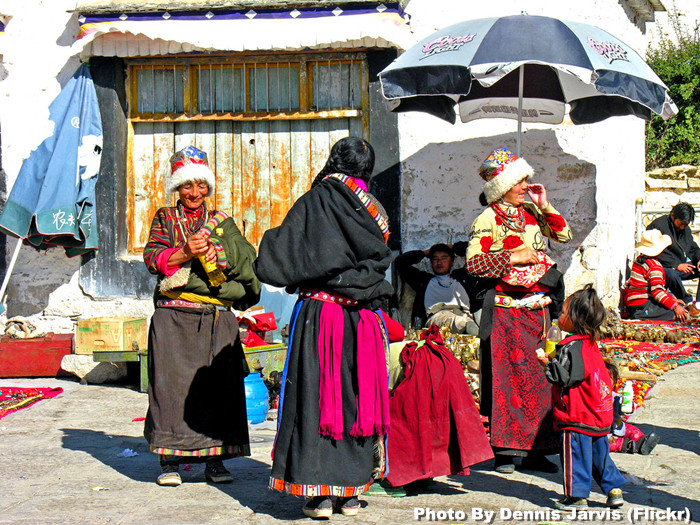 Tibetan clothing is one of the most distinctive styles of traditional clothing. Men and women are dressed in a shirt and robe which is fastened under the right arm. In comparison to the men’s robes, women’s sleeves are not so broad. The robe is then tied at the waist with two cloth belts. The colors and patterns of the robes are colorful especially robes worn during festivals. 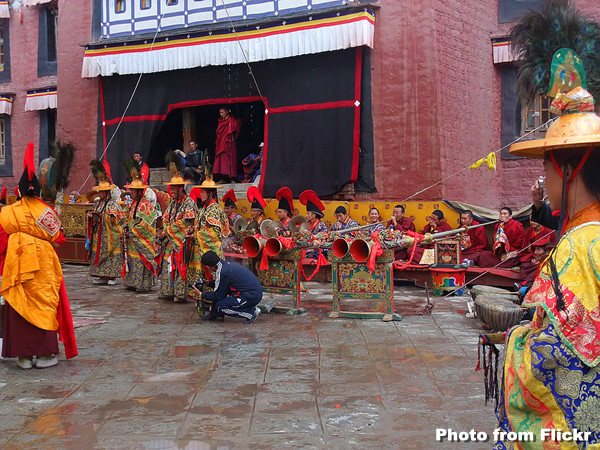 Visiting Tibet during festivals is one of the best ways to experience Tibetan folk culture and see how the locals celebrate such events. The Shoton Festival held in June is one the best ways to enjoy the Tibetan Opera which is performed using folk music and dance. Another importatnt Tibetan festival is the Tsongkapa Butter Lamp Festival. The Tsongkapa Butter Lamp Festival takes place on 25th in the tenth month of the Tibetan calendar, the festival commemorates the death of Tsong Khapa, the founder of Gelugpa of Tibetan Buddhism. 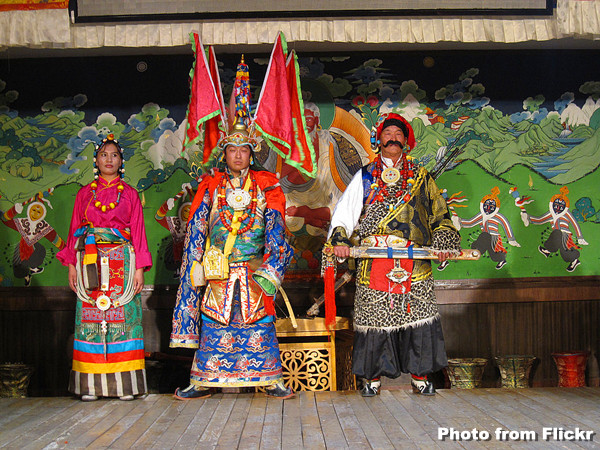 Tibetan Opera is also known as Ace Lhamo is one of the most distinguished and popular minority operas in China. Tibetan Opera has a history of over 1,400 years and is said to have developed due to King Songstan Gambo’s admiration of the Tang Dynasty music and dance brought to Tibet by Princess Wencheng. King Songstan Gambo then arranged for 16 beautiful dancers to be trained to combine the Tang style dance with Tibetan dancing and music for the entertainment of Princess Wencheng. 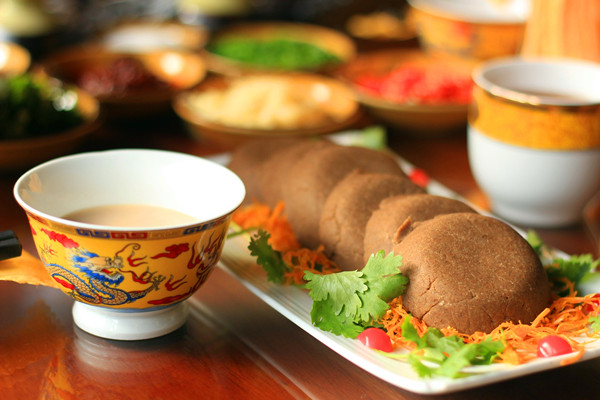 Tibetan food is influenced by Tibetan and Nepalese cuisine. The main staple food in Tibet is barley which is often grinded to make flour to make the main staple food Zanba. Meat and dairy products are also a big part of Tibetan food. Due to the high plateau environment crops such as rice can only be grown in the lower areas of Tibet. Cheese and yoghurt are also frequently eaten by Tibetans, the cheese is usually made from goat or yak milk. Tibetans also drink yak butter tea throughout the day which they like to accompany with their Zanba.

Get to know the unique and mysterious Tibetan religious culture and life by exploring famo...

Explore the remote and sacred religious Tibet at famous imposing monasteries in Lhassa,...

Visit the most highlighted monasteries in Tibet to experience the profound religious cu...