The weather is getting hot, and nothing beats the heat better than an ice cold beer on a balmy evening.  And certainly, you didn’t travel this far to get a can of Heineken in Hong Kong, did you? If you want a taste of local artisanal beer, save these places on your map and check them all out. You’ll find flavors that aren’t available anywhere else in the world, and there are always foreign labels for a taste of the world. 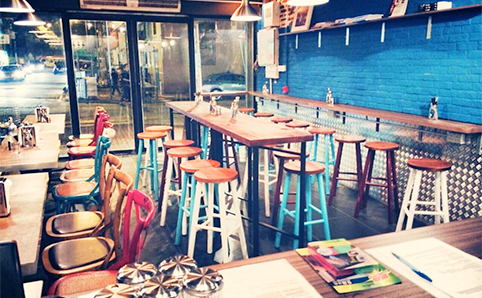 The Ale Project offers Young Master beers as well as imports on tap. Young Master is a local beer brand that features classic flavors as well as seasonal and limited edition options.  In the Mood for Spring is a brew with Jasmine, Chrysanthemum, and Osmanthus, and Mo’ Mo’ Wit is a seasonal brew with aged Mandarin Orange Peel.

The sandwiches and small bits are not your typical pub options either, with specials such as the Siu Yuk Cubano with Hong Kong roast pork and the Jiu Yim Po Boy which features shrimp and sambal mayo.

Situated in Mong Kok, The Ale Project is perfect when combined with a trip to the Ladies’ Market. 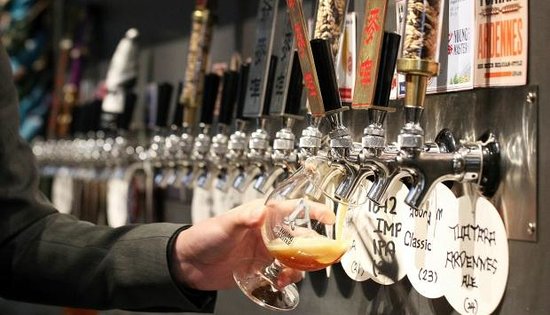 The Roundhouse isn’t just a craft beer haven but also a BBQ comfort food paradise. With an extensive selection of craft beer and delicious Texan BBQ, the Roundhouse is the place to go in SOHO. There are 25 beers on tap, with many from local breweries. And if you’re somewhat skeptical about BBQ in Hong Kong, you’ll be happy to know that meat is done properly here, apparently smoked with aged oak wood for a good 10-12 hours for finger-licking goodness. 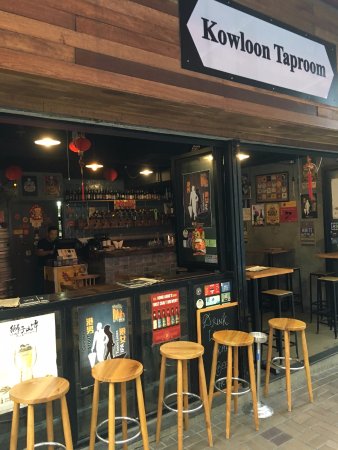 No frills, a large outdoor space, and 11 local beers on tap. That’s Kowloon Taproom, and there isn’t much not to like about this place. If commitment is an issue for you, go for the taster option that lets you try four samples of beer before you settle on one, or all four.

It’s small and so can get crowded easily, and isn’t quite the place to linger, but it’s definitely worth dropping by if you’re in the Tsim Sha Tsui area.

The Globe lives up to its name when you look at the beer menu. Get a taste of the world with brews from Hong Kong, Japan, New Zealand, Belgium, and many other beer spots. In this British gastropub, local options like Black Kite’s Wheat has infusions of mango and kaffir lime to help you feel fresh in the summer heat.

Beer tasting can also be arranged if you’re with your mates and want to do a round of beer tasting.

Just don’t forget the homemade British pies, because that’s just what you have beer with, isn’t it?

Going to a pub for craft beer is great, but going for a tour of a local brewery and drinking that golden stuff right there is even better. Like most things artisanal, Moonzen started out in a home, moved into a small industrial space, and then grew its way into a larger one. Moonzen’s beers have names and flavors inspired by characters in Chinese mythology, such as the Monkey King, an amber ale with hints of toffee and peaches.

There’s another reason why craft beer lovers should make a beeline for Moonzen. The team has recently recreated a beer that is based upon archaeological findings of a 5,000-year-old beer microbrewery in China. With ingredients that you’ll never find anywhere else (yam, lily, millet, Job’s tears and snake gourd root), you’ll be mad to give this a pass.

Want to take some craft beer home or just want to drink in the comfort of your room? Head to HK Brewcraft for an impressive range of craft beers from all over the world. With more than 300 beers, this place may just overwhelm you so take your time.  If you’re in town for longer and are inspired to make your own beer, sign up for a homebrewing workshop and you can even take home a homebrewing kit to create your very first batch of liquid heaven.