Have you ever been to any of China's grasslands? China has about 400 million hectares of natural grasslands, the second-largest in the world in terms of area, making up about a third of China’s total land area, the second-largest in the world in terms of area, extending from northeast China to Southwest China: Inner Mongolia, Ningxia, Xinjiang, Gannan, Sichuan, Qinghai and Tibet. Most of them are located on the plateaus, where the air is clean and fresh. Taking a deep breath and enjoying the fresh air on the grassland can be a fantastic experience, and spring is the best time to visit as the weather is comfortable and cool. 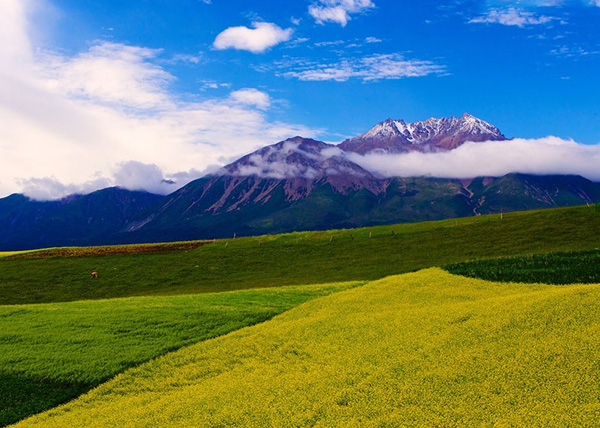 "Qilian" is a Hun Chinese term referring to the "heavenly mountain." Nowadays, Uighur people still call Qilian the "heavenly mountain." The good climate and weather of the grassland has earned the grassland the name of "golden lotus prairie," as it has much water and is lush and fresh. There is no "best time to visit" Qilianshan since their isn’t a very clear distinction between the four seasons. Spring does not look like spring, and summer does not look like the summer. It is the so-called "snow in June of the Qilian Mountain”, which truly reflects the majesty and allure of this magical place.

At the foot of Qilian Mountain, there are grasslands, with the plumpest waves of grasses around, known as the Summer Tara (it is also called Huangchen Beach, Imperial City Beach and Grant Grass Flat). These used to be the pastures of Attila, the pasture of the Uyghurs and the pasture of the King of the Mongols, Kuoduan Khan, in the Yuan Dynasty. 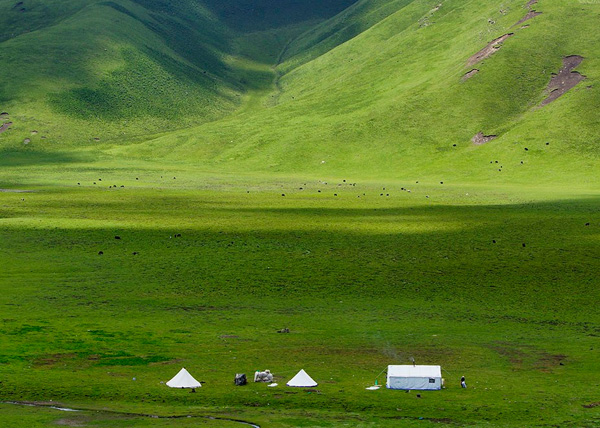 Summer Tara is a grassland with four distinct seasons plus a season for crops.

Generally speaking, it is a world of ice and snow where all else disappears. Natural miracles abound in this winter wonderland. For instance, there is canzhui, mushrooms formed in the layer of shallow snow; and the precious medicinal material, Snow Lotus, only found high in the mountains; and xueshancao which only grows under wind-carved rocks. Snow Lotus, canzhui and xueshancao are called the “Three Symbols of Winter”.

The virgin forests of Qilian Mountain are even more charming. After the beginning of summer, Qilian Mountain is like a boundless green sea. There are 157,000 hectares and 2,000,000 cubic meters of forest within. It is one of greater forest areas in the Qinghai Province and various trees grow here such as spruce, sabina, and poplar. 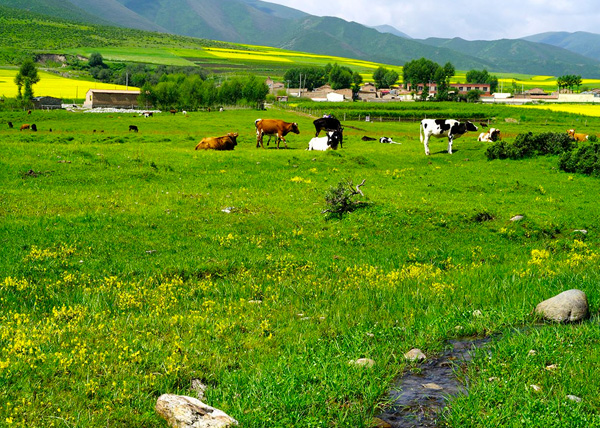 If you are wondering how romantic a grassland can be, try Qilian Mountain Grassland. In addition to the thick forests and snow-capped peaks of Qilian Mountain, one can enjoy the many roaming deer frolicking about.