Located in China's northwestern border，Xinjiang Ili Kazak Autonomous Prefecture was established in 1954, including Tacheng, Altay two areas, and 10 subordinate counties. It is the only Autonomous Prefecture of either jurisdiction area, but also jurisdiction over cities and counties. West close to the Kazakhstan, and there is a largest trading port (Horgos Port) in China land. The whole Prefecture has a total area of 350,000 square kilometers, and is known as a wet island in Central Asia or the Southern Yangtze beyond the Great Wall for the abundant rainfall.

Ili, a vast territory with abundant resources, has a unique advantage. Huocheng County is located in the Tianshan Mountains of Ili River Valley, here the same latitude zone with world-famous lavender origin - France, Provence, the climate and soil conditions are very similar, is really one of the few suitable for the cultivation of lavender areas. The 1960s, the lavender was the first time to be successfully transplanted to the Ili River Valley. Up to now, the Ili River Valley has already acreage of 30,000 acres, and produces lavender dried flowers, essential oils; sachet, including essential oil production reached more than 95 percent of national output, and can be regarded as the largest lavender cultivation base in China.

June is the most beautiful season of Ili, and the lavender culture has become the symbol of Ili for into the world. The brilliant purple fascinated with your eyes, elegant floral spoiled your sense of smell. 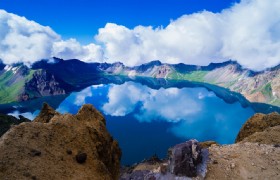 This tour will take you to see the international superb Erdaoqiao Market in Urumqi and ...

Whether for natural beauties or for historical and cultural exploration, this Silk Road...