Heritage is a hot debate in Hong Kong. What buildings need to be kept, which ones should face the wrecking ball? After all, many of these old buildings were British-built, and colonialism remains a divisive legacy. Some remember the British period fondly, some hold it in contempt while the majority have a rather ambivalent view: “It happened, and that’s that.” 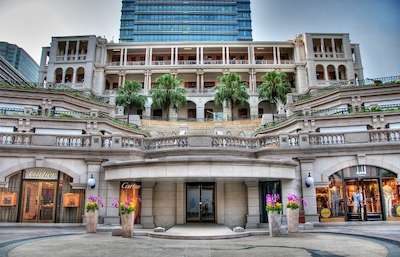 This article will take the latter view, not to weigh in too heavily on the rights and wrongs of imperialism, but simply to accept it as historic fact, with beautiful buildings to prove it. The Union Jack may have come down two decades ago; but the lingering sense of Britishness, be it cars driving on the left, the wide use of the English language or the sheer quantity of Anglo institutions, implies that the UK remains an indelible ingredient in Hong Kong’s rich soup. And here’s where you can go to taste this lingering flavor.

Perhaps the largest colonial complex in Hong Kong, the prison was built in 1841 on Old Bailey Street where it operated until 2006. Nowadays you can walk around the entire perimeter and enjoy the impressive stone masonry wall. The building is protected monument, but the government has not decided what to use the building for as yet, though a number of proposals have been submitted. 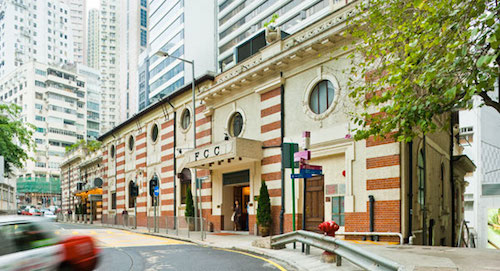 The Foreign Correspondents' Club has been the go to watering hole for journalists and photographers since it opened in 1949. However, it actually occupies a building of nineteenth-century vintage – a beautiful brick-and-stucco structure that was once used to store dairy products before refrigerators supplanted the old concept of a cool house. Magazine covers and journalistic images festoon the walls of the bar, a tribute to the work of its enduring members. Next-door the Fringe Club is a favorite art-gallery and café where you can take in a show or grab a coffee.

Built in the nineteenth century, this was the headquarters of the Marin Police until 1996. The recent restoration effort, which is said to “transport you back to Victorian Hong Kong” is not alas, to everyone’s taste. The historic buildings have been revamped to house luxury brand shops, fancy eateries, and even a hotel. It’s proved a hit with Mainland tourist, however, who descend on Tsim Sha Tsui for a history imbued selfie. 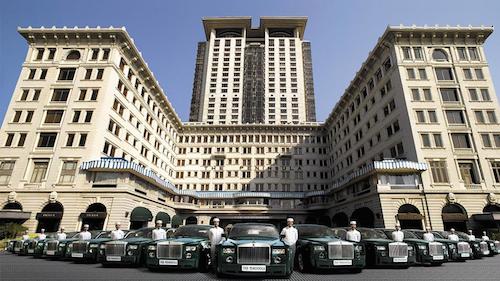 This is one of, if not the most famous luxury hotel in Hong Kong and perhaps the world. Opened in 1928 it’s also the oldest hotel of its caliber in the territory. The hotel had seen some serious historical moments, not least when the Japanese signed Hong Kong back to the British after World War Two. Obviously, it costs an arm and a leg to stay in such a grandiose setting with its fleet of green Rolls Royce lined-up to collect VIP residents. But the Peninsula hotel's lobby does open to the general public for its famous Afternoon Tea: A newspaper of your choice, fine cakes and of course, a delicious blend of tea makes this a must have Hong Kong experience.

Located on Jackson Road in Central, the Old Supreme Court is arguably the most iconic of imperial landmarks in Hong Kong. Built in 1912, this neoclassical building houses the legislative council and the court of final appeal. Due to recent political tensions, this beautiful building has witnessed some ugly scenes at its doors. But it remains a photo everybody wants during his or her Hong Kong sojourn

As if to exemplify the desire to preserve historic buildings in the territory, the Murray Barracks built in 1844 were moved brick by brick to Stanley in the early 2000s after it had been demolished in 1984. Even though it’s not in Central anymore, this excellent example of how classical architecture was adapted to the tropics makes it worth heading down to the south side of the Island for a visit, as well as to enjoy the sea breeze and fine ocean views. The Hong Kong heritage museum was established in the building in 2005 though it moved to Pier 8 in Central in 2013. This educational facility is also worth checking out if you are interested in piecing together Hong Kong’s remarkable story.