Peking Opera is one of the natural treasures of China and was regarded as the most popular form of entertainment during the Qing Dynasty. In 2010 Peking Opera was enlisted as an Intangible Cultural Heritage of Humanity by the UNESCO. The past few days with the special Peking Opera performance put on at the Forbidden City for President Trump the curiosity about one of China’s most historic entertainment has been put back in the spotlight. 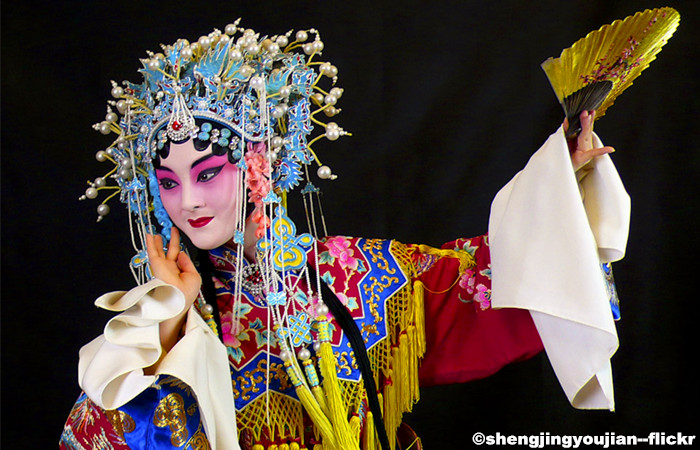 People are perhaps more acquainted with Peking Opera through the classic film “Farewell My Concubine”. Peking Opera integrates music, acrobatics, singing and dancing to express the characters to create a story. Through the use of dramatic make-up and bright costumes with elaborate embroidery, luxurious hair ornaments and creative head dresses the different characters can be created. 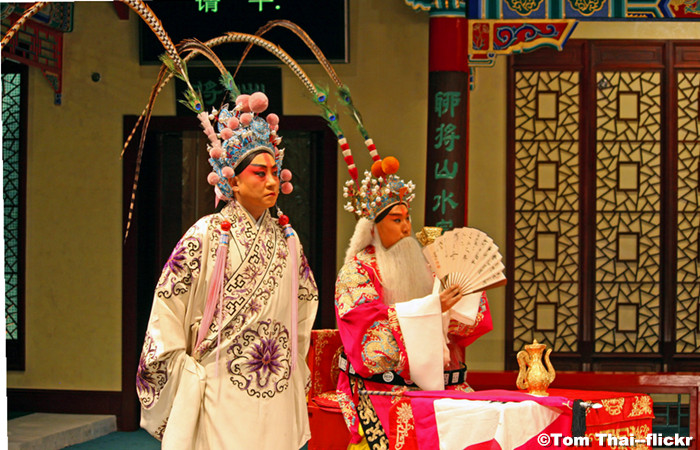 The roles in Peking opera are differentiated into fixed character types: sheng (male role), dan (female role), jing (painted faces), and chou (male clowns). Different singing and acting techniques are used to create various types of Peking opera. Each type of character has its own unique set of performances according to the repertoire.

Unlike Western operas, which are known by the name of their composer, Peking Opera music is not really created by a composer, but based on sets of traditional codified tunes. The singing mainly follows two sets of tunes, called xipi, used to express an excited mood such as happiness, anger or irritation and erhuang is used to express moods such as loss in thoughts, sorrow and sadness. 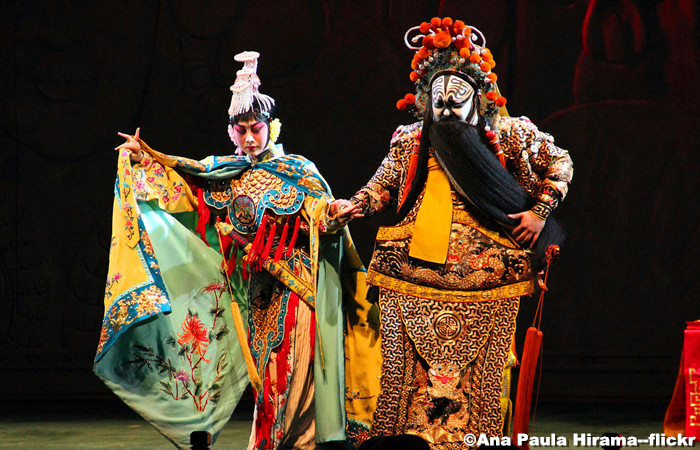 The best place to enjoy the Peking Opera is at Beijing’s Liyuan Theatre. The theatre has a four part Peking Opera repertoire: "Farewell My Concubine, The Crossroads, Bird in Cage and Drunken Beauty". The daily performance is from 7:30PM to 8:40PM.