In Chinese culture, the bamboo, plum blossom, orchid, and chrysanthemum are collectively referred to as the Four Gentlemen. These four plants also represent the four seasons and, in Confucian ideology, four aspects of a real gentleman. As bamboo has some features such as uprightness, tenacity and hollow heart, people endow bamboo with integrity, elegance and plainness, though it is not physically strong. Ancient Chinese poets wrote countless poems to praise bamboo, but actually they were truly talking about people like bamboo and express their understanding of what a real gentleman should be like. The best place to admire the stunning views of bamboos is definitely the Bamboo Sea in Southern Sichuan. 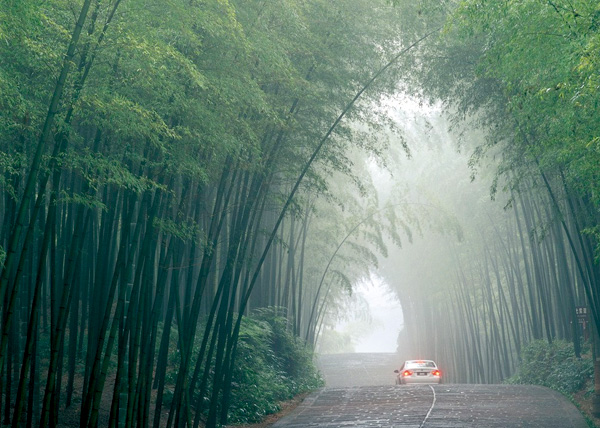 The Shunan Bamboo Forest (Shunan Zhuhai) is a huge bamboo forest the size of which is 120 square kilometers, the biggest bamboo forest in China. Located in the border of Changning and Jiang'an, around 70km southeast of Yibin via Changning, the extraordinary South Sichuan Bamboo Sea ("Shunan Zhuhai" in Chinese Pinyin) covers an area of 120sqkm of mountain slopes at an elevation from 600 to 1000m. Characterized by bamboo scenery, the Bamboo Sea has won its fame for its unique green and graceful bamboos which make every visitor wonder if they were in a fairy land of heaven. Embraced by the amazing green sea of bamboos which are waving softly in the breeze, you will feel as if you were a happy and lightsome fairy flying freely and playing cheerfully with the natural spirits in the end of rainbow.

During the long history of China, there have been numerous writers and poets who had been to the bamboo sea and left their heated and hearted praises. Huang Tingjian, a poet in Northern Song Dynasty, was so impressed by the scene that he commented, "The waves of the bamboo spread to thousands of miles, which inebriates me like good wine". Legend has it that he used a broom as a pen and wrote three huge characters, "Wan Ling Jing" on the Huangsan Stone.

In its central region, more than 5000 hectares of bamboo shelters 28 ridges and peaks, with many cultural relics and historic sites screened by the feathery green tufts. There are Bamboo Sea Museum, old folk residences on Mount Xijia and fish fossils. 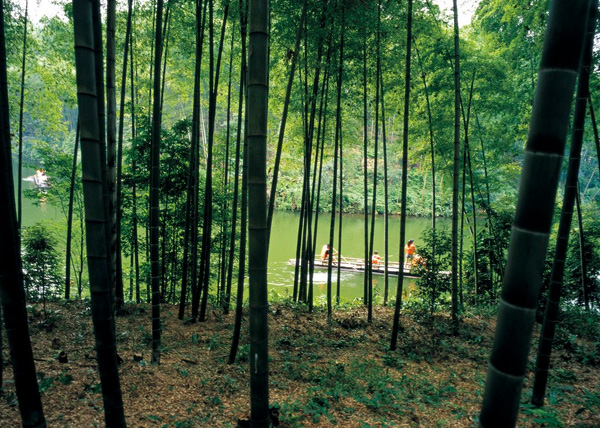 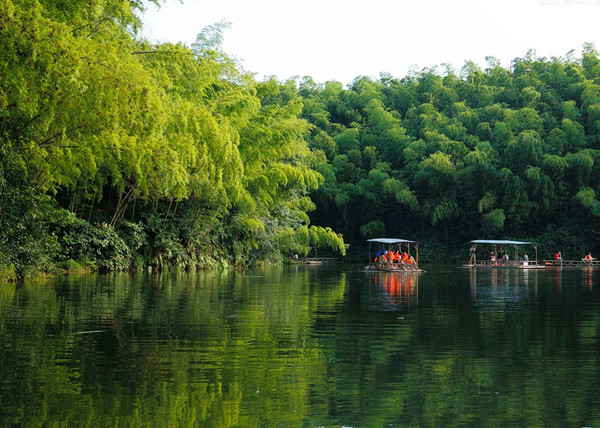 It is a comparatively big primeval ecological bamboo forest combining mountains, rivers, karst caves, lakes and falls with artificial scenes of long history. The Bamboo-lined path offers visitors a splendid walk and people are enchanted by an endless sea of bamboo. The slopes within the Bamboo Sea are surprisingly dark, with the tall, slender trunks reaching up 10m or more. Paths lead into the forest, an unusual walk given such a large expanse of just the one type of plant. For the best views of the "sea", however, climb the hills above to a scattering of temples, from where the bowed tips of bamboo ripple in waves as breezes sweep the slopes.

The best of the shrines is the Buddhist-Taoist Feiyun Dong , which contains some really grotesque Ming-dynasty sculptures.
Shunan Bamboo Sea, one of the most beautiful lands of happiness, with many cultural relics and historical sites, screened by the green bamboo, is a fresh and clear garden of Yibin city. You’ll be impressed. 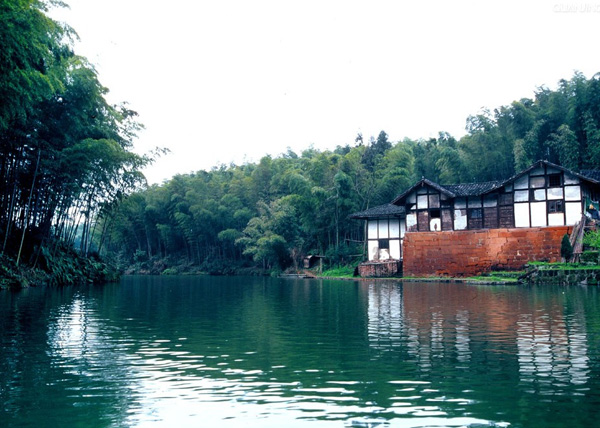