As one of the Eight Major Cuisines of China,Hui cuisine has a history over one hundred year.Hui dishes (short for Anhui dishes), which originates from Huangshan, is one of China’s eight major cooking styles and they are all famous food in china. For Hui dishes, agrestal cooking materials are preferred; at the same time duration and degree of cooking is carefully controlled to ensure the taste and flavor.

It’s feature on wild game. it is strict about choosing materials, and making sure of freshness and tenderness.Cooking methods feature braising in soy sauce, stewing and steaming.

The dish features the Mandarin fish from the Xin'an River. After salting, it is braised in soy sauce. When the dish is completed, the fish smells so good and tastes very delicious. it is very tasty, with a mouth-watering and slightly sweet aroma.

Instead of scales, the fish is equipped with a covering of thick mucus which exudes a pungent odor, protecting the fish in its natural habitat from predators.

First in the kitchen,the mucus layer of the fish is scraped away.They will be preserved in salt after rinsed and dried.Once cured in salt, the fish is then prepared according to an age-old recipe, resulting in a delicious dish that is crisp yet tender. 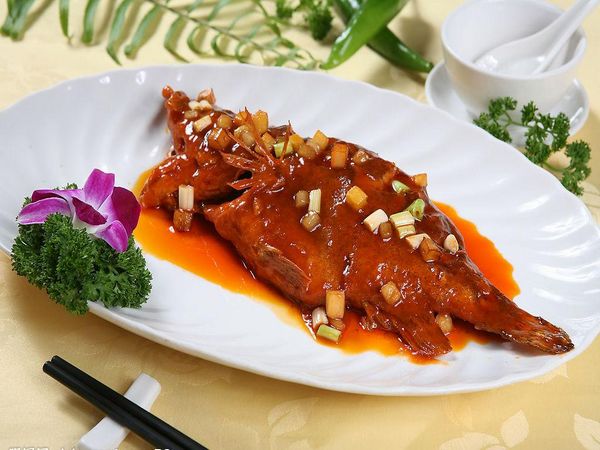 
Yellow crab shell cake uses first-class funky dried vegetables and fresh fatty meat as fillings. It's slowly roasted in a specially-made oven with a charcoal fire until it reaches the golden yellow color of a crab shell. Because its color looks like the yellow of a boiled crab shell, it gets the name "yellow crab shell cake". It's an ideal breakfast or snack.

Crab Shell Yellow Fried Cake is an ideal substitute for the typical bread-and-butter of a European Continental breakfast , or as a complement to tea,at anytime. 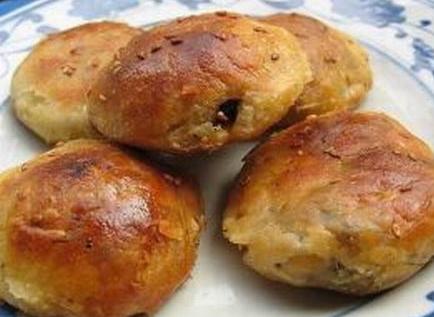 We have Mount Huangshan Tours every week. In January and February 2016, tours are available every Monday except 8 Feb.   We also have good price hotel rate in Huangshan area at the best money value deal.